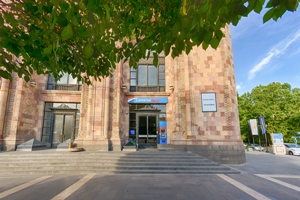 ArmInfo. Converse Bank announced the start of the campaign for customers who receive regular money transfers from abroad, which will last until December 30 this year.

As the press service of the Bank informs, within the framework of the action, money transfers are provided through Transfer cards, which will be provided to customers free of charge. At the same time, customers will be given the opportunity to convert currency on favorable terms. In particular, until December 30, the currency will be exchanged at a purchase rate higher than the one set for this day in the Bank: with dollars - 1 dram higher than the rate, with euros - 2 drams above, with rubles - 10 luma higher.

Along with this, customers who received more than 3 transfers for the amount of at least 200 thousand drams during the validity period of the action will be offered a credit limit of up to 500 thousand drams, and a MasterCard Standard card will be provided with a 50% discount on the annual fee service.

The action is detailed by the link: https://conversebank.am/hy/transfercardpromo/

Converse Bank has been operating in the Armenian market since September 1996. As of January 1, 2017, the Bank's shareholders are Advanced Global Investments LLc (arm of Eduardo Ernekian) - 80.94%, HayPost Trust Management B.V. - 14.06%, the Cathedral of the Mother See of Etchmiadzin - 5%, and the indirect holder of 100% of shares is Holding Company "Blakery Assets" LTD.