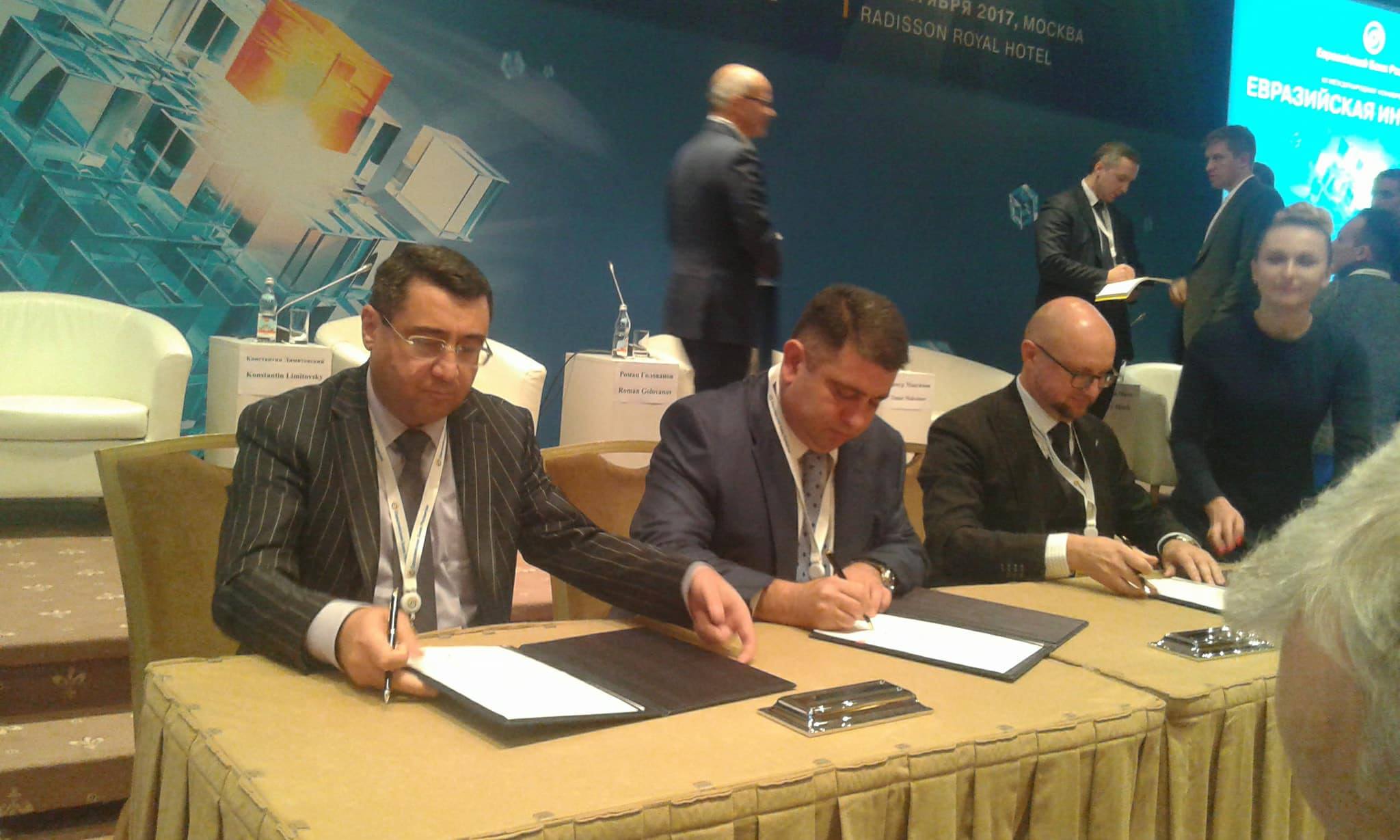 ArmInfo. The Eurasian  Development Bank is ready to provide CJSC "Electric Networks of  Armenia" (ENA) with $ 100 million for development and modernization  of the country's energy infrastructure. The agreement on intentions  was signed on October 31 on the margins of the XII International  Conference "Eurasian Integration", held under the auspices of the  EDB, between the EDB, JSC "Energy Networks of Armenia" and its  shareholder the Russian Group of Companies "Tashir", the special  correspondent of ArmInfo informs.

As it was reported at the signing ceremony of the agreement, the  total cost of the program for the modernization and development of  Armenia's electricity networks will be about $ 700 million. The  project for the implementation of the first phase of the program has  already been approved and envisages the implementation of investments  of $ 200 million by 2021. On November 15 the second phase of the  development program will be officially presented ENA, the cost of  which will be $ 500 million. The project implementation of the  program will involve not only EDB loan funds, but also the resources  of the European Bank for Reconstruction and Development (EBRD) and  the Asian Development Bank (ADB).  About half of the resources in the  development of electric grids are invested in the project by its main  shareholder - the Tashir Group of Companies.

On July 27, 2017, the Armenian government allowed JSC Tashir Capital  to pledge shares of JSC Electric Networks of Armenia to obtain a  large loan from the Asian Development Bank (ADB) and the European  Bank for Reconstruction and Development (EBRD). According to the  draft decision of the executive body, 69.9999594% (172496) shares of  ENA will be put on bail.

Earlier, at a press conference in Yerevan, responding to a question  from ArmInfo, the general director of the  of the company Karen  Harutyunyan reported that the total cost of the investment program of  Armenia's electricity networks for the next five years will be $ 200  million, of which $ 80 million will be provided by ADB and the same  amount by the EBRD. After the implementation of this stage of the  program, the company will start implementing a 10-year project worth  $ 500 million. The Board of Directors of ADB approved a credit  program providing for the issue of a loan to "Electric Networks of  Armenia" in the amount of $ 80 million. The funds will be used to  improve distribution networks and increase energy security.  Investments will help improve the distribution of electricity in the  private sector, reduce losses in the energy system from the current  10% to 8% by 2021. Let us note that on July 3 this year the company  "Electric Networks of Armenia" received an international independent  certificate of quality and compliance with the world requirements ISO  9001: 2015.  Certified audit was conducted by the world leader in the  field of independent expertise, one of the largest international  bodies for the certification of management systems by TUV Rheinland.  The group of companies Tashir, headed by a large Russian businessman  of Armenian origin Samvel Karapetyan and Inter RAO, signed an  agreement on the purchase and sale of electricity assets of the  Russian energy holding in the Republic of Armenia - JSC Electric  Networks of Armenia and Hrazdan Thermal Power Plant on September 30,  The reason for the sale of the company was public outrage over the  unjustified, according to consumers, increase in electricity prices  by about 16.7% (6.93 drams per 1 kWh). The regulator's decision to  raise the tariff caused a wave of protest, and in order to contain  the protest mood, the Armenian authorities agreed to conduct an audit  of the validity of the PSRC decision on the growth of tariffs and the  activities of the Electric Networks. In addition, the country's  authorities have decided to subsidize the increased tariff for the  population and small and medium-sized businesses, until the energy  company's audit is completed. JSC Electric Networks of Armenia was  established in May 2002 as a result of the merger of four state  regional electricity distribution and distribution companies: Yerevan  Electric Networks, Northern Electric Networks, Southern Electric  Networks and Central Electric Networks. The main activity of the  company is the regulated distribution and sale of electricity. The  total length of the networks is 36 thousand km. The company serves  about 985 000 consumers. JSC "Electric Networks of Armenia" has an  exclusive license for transmission and distribution of electricity in  the territory of the Republic of Armenia at guaranteed tariffs,  calculated on the basis of company costs and a regulated rate of  return on investment.