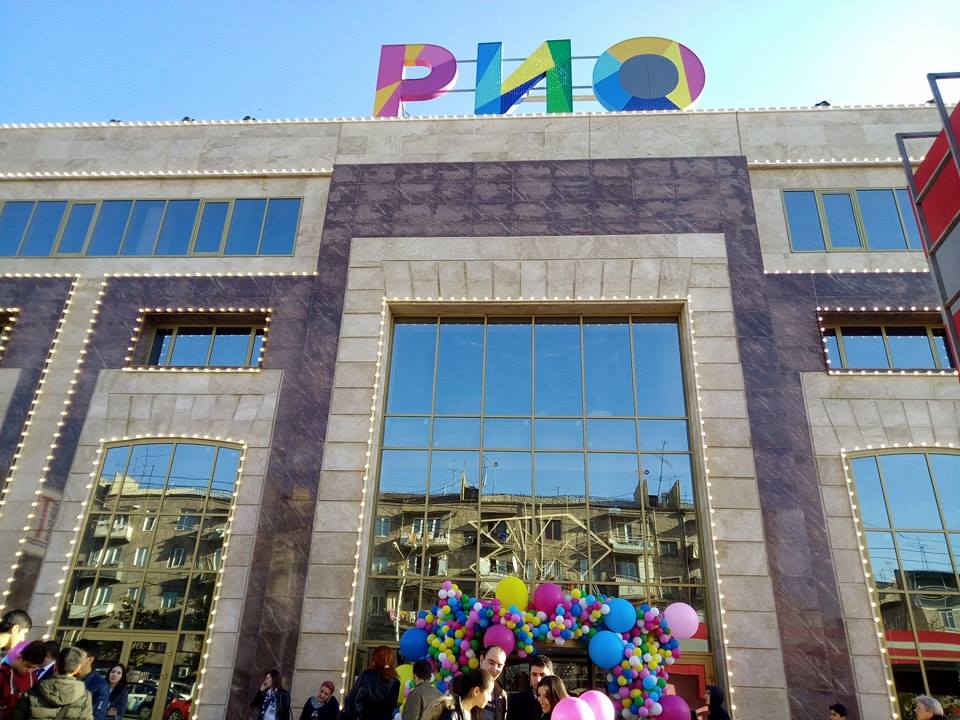 ArmInfo. The fourth project of the group of companies "Tashir" in Armenia - shopping and entertainment center "RIO" was opened in Yerevan. "The company invested $ 40 million not only in the shopping center, but also in the entire infrastructure.Taking into account the current stage of economic development, this is a significant amount not only for Yerevan, but for the entire country," said Narek Karapetyan, a representative of the Tashir Group of Companies, answering the question of ArmInfo.

According to him, RIO shopping center includes more than 80 leading retail operators, of which 10% falls on domestic producers. "It is noteworthy that with the opening of each new shopping center we see that the percentage of Armenian brands is growing,"  Karapetyan said. Also in the center you can find a food court zone, cafes and restaurants.

Besides, representative of Tashir Group of companies noted that thanks to the opening of the shopping center, 500 permanent job places are opened in Yerevan.

According to Karapetyan, format of RIO shopping center  is designed primarily for tourist flow. "We are sure that the number of tourists in Armenia will grow rapidly during the next 5 years, so today we are creating infrastructure, focusing specifically on tourism potential," he stressed.

At that, he stressed that from the economic point of view Armenia is an interesting investing belt. "Working with Armenia in many areas, we were convinced that the country has a future, especially Yerevan, it is just necessary to create new formats, and to reach new levels," N. Karapetyan said.