Premier: Super favorable conditions will be created for development of Belarusian business in Armenia 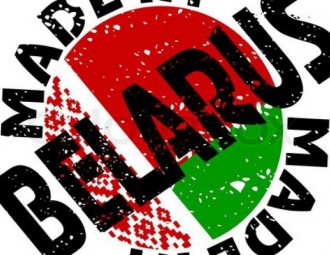 ArmInfo. Prime Minister of  Armenia Karen Karapetyan met with the Belarusian delegation headed by  the co-chairman of the Inter-Parliamentary Commission, Deputy  Chairman of the House of Representatives of the National Assembly of  the Republic of Belarus Boleslav Pirshtuk.

According to the press service of the Armenian government, the prime  minister expressed confidence that the results of the 10th meeting of  the Interparliamentary Commission will help strengthen and develop  bilateral political and economic relations. Attaching special  importance to the development of economic relations, K. Karapetyan  noted that the volume of trade turnover between Armenia and Belarus  is at a low level. He stressed that today the governments of the  countries are discussing concrete steps and projects that will give a  new impetus to the development of the Armenian-Belarusian economic  ties.

The Head of the Government of Armenia noted the importance of  involving Belarusian capital in the work of the FEZ in Meghri,  pointing out the perpetual implementation of the programs of  Belarusian colleagues in Armenia in the organization of production of  agricultural machinery, elevators, processing of agricultural  products, in the transport sector, etc. "We are ready to create super  favorable conditions for the development of Belarusian business in  Armenia," he noted.

Pirshtuk noted that as a result of the 10th meeting of the  Interparliamentary Commission, the parties agreed to create working  groups that will operate in different spheres. He stressed the need  to strengthen economic relations. In this context, he attached  particular importance to the organization of direct two-way flights  and the creation of joint ventures. "I am sure that Armenia and  Belarus have great potential and opportunities for cooperation," he  concluded.