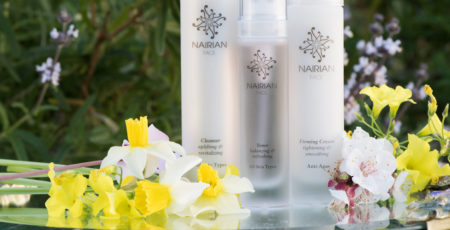 ArmInfo. The first batch of natural cosmetics of Armenian origin was sent to the markets of Hong Kong and South Korea. Earlier, the Armenian cosmetics manufacturer Nairian, with the assistance of the Development Fund of Armenia (DFA), took part in the international specialized exhibition for the first time, where it received an order for the delivery of its products, the Fund's press service reported.

In particular, as stated in the message, the company was successfully represented at the international exhibition "Cosmoprof North America 2017", which was held July 9-11 in Las Vegas, USA. As a result, the experimental batch of the company's products worth $ 10 thousand was today packed and sent to customers.

In the conversation with the correspondent of ArmInfo, the marketing director of the company Lilit Martirosyan noted that at present Nairian produces about 40 names of cosmetic products on the basis of nature gifts of Armenian in three main lines: face, body and hair care. The company works on 100% natural raw materials, without the addition of artificial flavors, using essential oils obtained from plants. A scientific group develops each recipe, and the products undergo mandatory testing.

The company "Nairian", founded in 2012, already delivers its products to the markets of the USA, Japan and Russia. The number one task, as Martirosyan noted, is the strengthening of positions in the already developed markets, and the expansion of the geography of sales of its products. In addition, the manufacturer of natural cosmetics is aimed at increasing the range of cosmetics produced - the production of creams, shampoos, etc. for men. The company also intends to launch the production of so-called anti-aging and anti-pigmentation cosmetics.