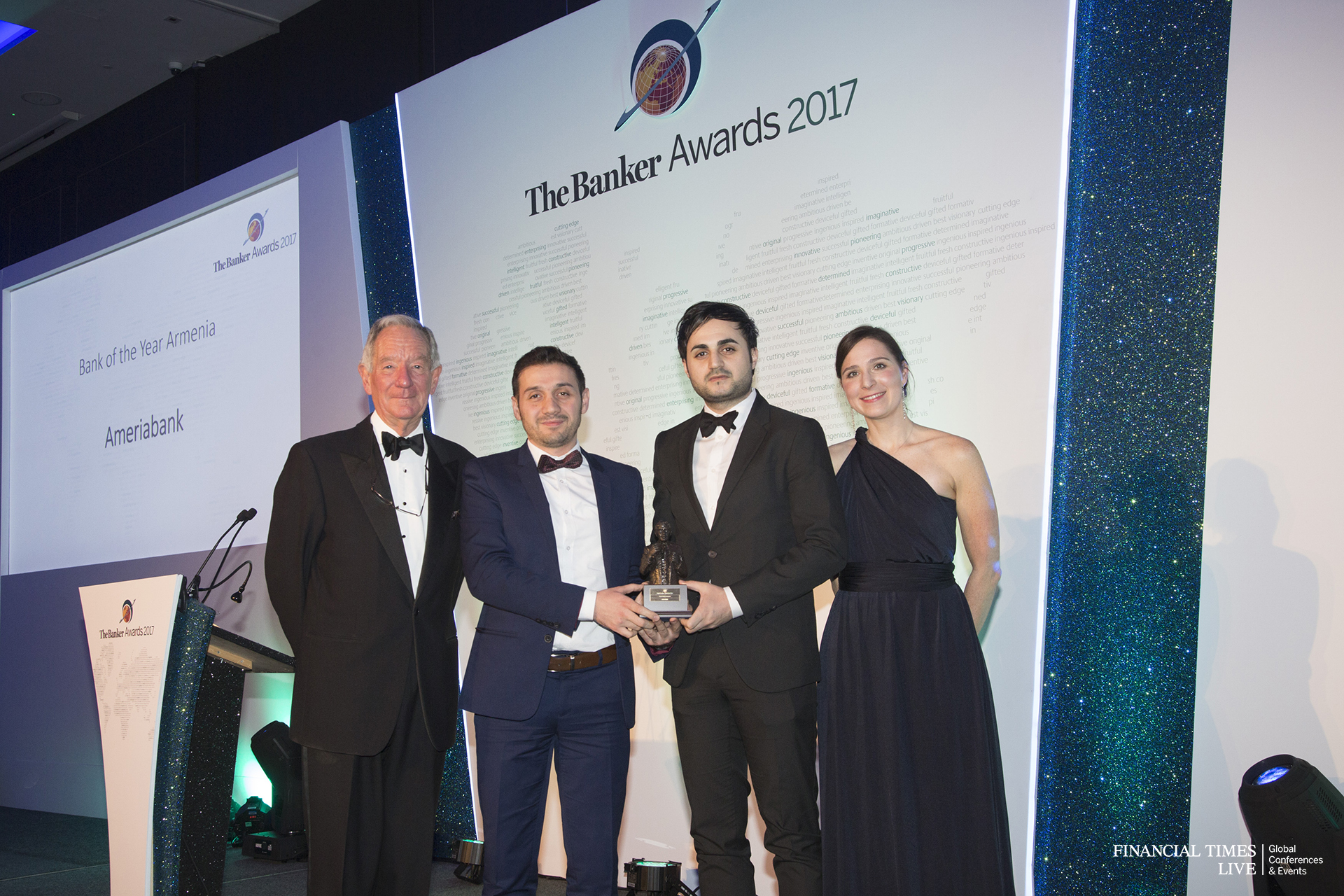 ArmInfo. The Banker  magazine, the world's leading financial publication, part of the  Financial Times group, named Ameriabank "Bank of the Year" in Armenia  during the 18th Annual Award Ceremony in London.

As the press service of the Bank told ArmInfo, at the awarding  ceremony in London organizers of the contest noted that the decision  to recognize Ameriabank as the winner was based on such criteria as  strengthening the position of a large universal bank and the leader  among creditors, exceeding the credit portfolio for 2016 of $ 1  billion - for the first time in the banking system of Armenia, high  liquidity indicators, introduction of new technological solutions for  online banking, client-oriented policy. Great importance was also  attached to effective cooperation with international financial  institutions, great potential for sustainable growth, balanced risk  management.

According to the source, Bank of the Year 2017 awards were given to  banks such as BNP Paribas (Belgium and France), Bank of America  (USA), Bank of China (Hong Kong), TBC Bank (Georgia) and other  prestigious financial institutions. Ameriabank has been receiving  this award for the third year in a row and in general for the fifth  time throughout its activity (the previous awards were received by  the bank in 2016, 2015, 2013 and 2010). The Banker award is the world  standard for assessing the development of banking activities and is  awarded for the 18th year in a row.

It should be noted that Ameriabank CJSC is a universal bank that  provides investment, corporate and retail banking services in the  form of a comprehensive package of banking solutions. The bank has  been operating in the Armenian market since October 31, 1996. The  branch network of Ameriabank today has 14 divisions: 8 - metropolitan  and 6 - regional. As of October 1, 2017, the Bank's shareholders are  Ameria Group with 65.8% equity interest, EBRD - 20.7% and ESPS  Holding Limited - 13.5%.