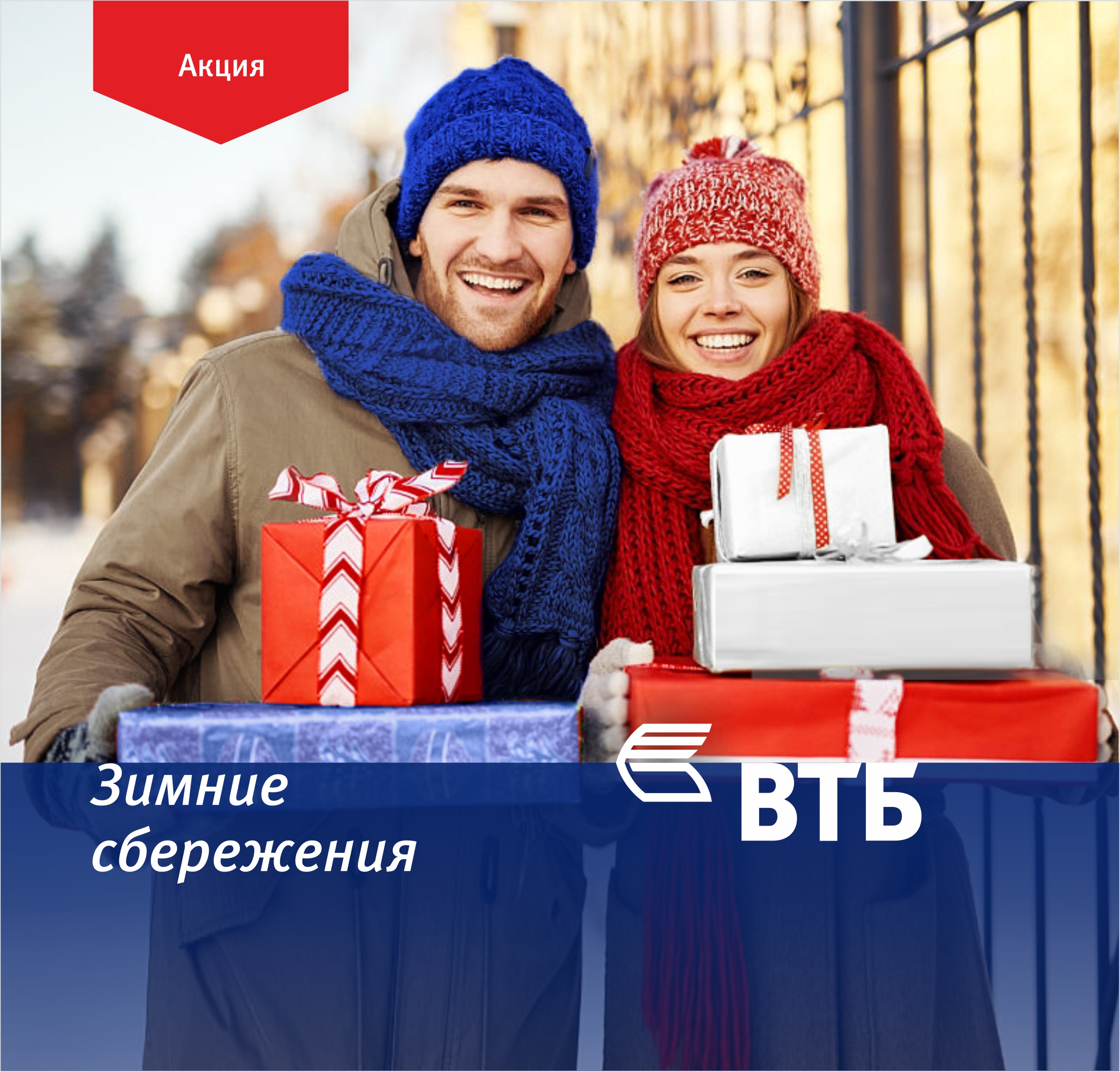 ArmInfo. VTB Bank (Armenia)  announced the launch of shares on deposits for individuals - "Winter  Savings", effective December 7, 2017, until December 29, 2017. As the  press service of the Bank told ArmInfo, within the framework of this  campaign, customers will be able to draw up the "Favorable" deposit  at higher rates.

In addition, when making a deposit in drams for a period of 365 days,  interest for the whole of this period will be paid at a time at the  time of registration, which will enable customers to use the interest  amount in advance for any needs, including New Year's.

When making deposits in any currency, VTB Bank (Armenia) provides a  VISA or MasterCard plastic card as a gift.

More detailed information on the terms of the action can be found in  the branches of VTB Bank (Armenia), on the website www.vtb.am, and  also in the Uniform Information Service of the Bank on the number  8787.

In autumn of 2017, VTB Bank (Armenia) launched a special offer for  depositors, effective October 31- November 2, within the framework of  which customers were offered to issue "Favorable" and "Progressive"  deposits in drams of 0, 5% rate. During the same period, within the  framework of the "Autumn Savings" campaign, higher interest rates  were applied for dram deposits - up to 10%.  According to the  Financial Rating of Armenian Banks by NA ArmInfo, as of October 1,  2017, VTB Bank (Armenia) has a portfolio of term deposits in TOP-10 -  87.8 billion AMD or $ 183.5 million. Their structure is dominated by  individuals - 90% or 79.1 billion AMD (6th position), against 91% a  year earlier.  In the annual cut, time deposits of natural persons  decreased by 17.8%. In the total liabilities of the Bank, the share  of term deposits decreased from last year's 47.1% to the current  44.4%.

VTB Bank (Armenia) CJSC became a participant of the international  financial group VTB in April 2004.  At present, VTB Bank, the second  largest bank in Russia, owns 100% of VTB Bank (Armenia). The Bank is  traditionally one of the leaders of the banking system of the  Republic of Armenia in terms of key indicators. VTB Bank (Armenia)  dominates the coverage of the branch network with 67 branches with  presence not only in the capital (23) but also in all regions of the  country (44), and the number of regional branches is maintained by  leadership.