Ministry of Economic Development and Investments of Armenia: In 2017 economic growth may exceed 7% 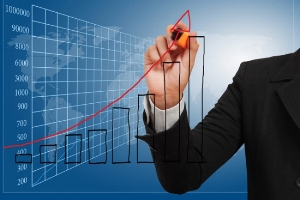 At the same time, as Tigran Khachatryan noted, the fact that construction sphere, in the end, recorded a growth, albeit insignificant - by 0.3% to 324.5 billion drams, pleases. At present, the sphere of agriculture remains the only direction of the economy, which remained in the negative - the volume of gross agricultural production decreased by 3.9%, making 811.7 billion drams. This, according to the representative of the Ministry of Economic Development and Investment, is due to quite objective reasons, including the climatic conditions of Armenia.

Nevertheless, according to the deputy minister, the indicator of economic activity for the year will remain at the current level, which will inevitably affect the quality of life of the country's population. "The standard of living of Armenian citizens is a derivative of those developments recorded by the National Statistical Service," he said, stressing that Armenians will feel positive changes while maintaining current trends for a long period. For today, Tigran Khachatryan predicts that Armenia will close with an indicator of economic activity of more than 7% in 2017. "I think that the budgeted GDP growth rate of 3.2% by the end of 2017 will be much higher, up to 7% or more," concluded Tigran Khachatryan.

Note that the Budget-2017 predicts GDP growth at the level of 3.2%. Nevertheless, by the third quarter, the Ministry of Finance of Armenia, based on the analysis of the Central Bank of Armenia, exceeded its expectations - up to 4.5% or more. Meanwhile, the year 2016 Armenia closed with economic activity of 0.5%, GDP growth was 0.2%. Next year GDP growth is expected at 4.5%