According to the opinion survey, 67.9% of the residents of Yerevan positively assess the transformations carried out by the authorities of the capital 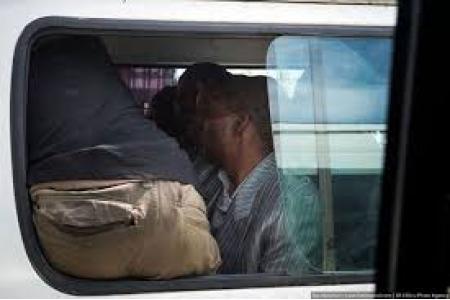 ArmInfo. 67.9% of the residents  of Yerevan positively assess the transformations carried out by the  authorities of the capital. This was announced on December 29 by  Araman Navasardyan, a full member of the international association  "GALLUP International association", director of MPG company, speaking  about the data of the public survey conducted on December 16-22,  "Yerevan people about Yerevan".

Speaking about the problems in the capital, 34.3% of those surveyed  indicated the problems with public transport as basic, 32.8% with  unemployment, 29.1% with garbage problems, and 7.3% with traffic  jams.

He noted that among positive changes, the majority of respondents  said that among the positive estates in the capital conditions in  parks and father-in-law were improved, and children's playgrounds  appeared. On the question of what the authorities should take and  what areas to develop, the respondents noted that they should develop  the cultural sphere, continue the program of planting the city, build  more playgrounds, and organize more sports events. "A special  discontent among the residents of Yerevan is caused by problems  connected with transport, as well as with lighting in the city." As  for what the authorities need to do to develop tourism, many noted  that it is necessary to preserve cultural values and old buildings,  some survey participants stated that they should to restore the  buildings of old Yerevan, the majority of respondents strongly stated  that the guarantee of tourism success is connected with the price  policy and planting of the city, "Navasardian said.  When asked how  the capital's residents assess the overall shape of Yerevan, 15.3%  answered "very well".  According to the respondent, the worst  situation with garbage disposal is in Nork-Marash and Kentron, and  best of all in the administrative district of Ajapnyak. The cleanest  streets, according to the survey, in the administrative district of  Davtashen, and the dirtiest in the center of the capital.

The work of the heads of the administrative districts of Yerevan was  also evaluated. The highest scores were received by the head of the  community Avan - 4 points, the head of the Kentron community scored  3, 6 points, 3, 8 points received the head from Shengavit, 3.5 the  head of Nubarashen, and the worst things are with the heads of  Arabkir communities -3.2 points and Kanaker - 3.3. The work of the  mayor of the capital of Armenia is estimated at 4.1 points.

As for the attitude of citizens to CCTV cameras in the streets of the  capital, 27.7% said that the road traffic improved after their  establishment, and 6.1% said they had deteriorated.  The head of the  accounting and revenue collection department of Yerevan Municipality  Armen Harutyunyan, speaking about the discontent of citizens, said  that the company "Sanitek" is doing its job well and soon all  problems will remain in the past, and regarding the cleanliness of  the streets noted that if citizens themselves stop throwing garbage  past urns , then in the near future the streets will become cleaner.   Harutyunyan also noted that garbage dumps in Nubarashen and Ajapnyak  will soon be isolated, and a new garbage dump will be constructed,  and the issue of garbage processing will also be considered.