Expert: In conditions of inflation, the indexation of salaries will be advisable 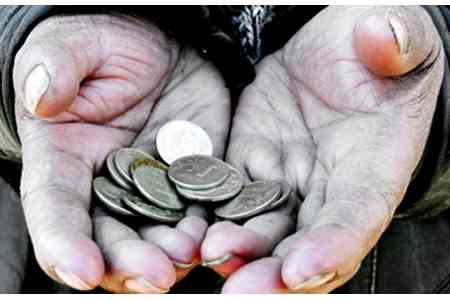 ArmInfo. Taking into account the inflationary tendencies in Armenia, it will be expedient to index salaries of civil servants or increase cash benefits for socially vulnerable layers of the population. This was stated by Atom Margaryan, economist, head of the Center for Innovative and Institutional Research at the YSU, during a press conference on January 12.

According to him, the program of actions of the Cabinet of Karen Karapetyan in 2016 envisaged a reduction in the expenses of the state apparatus, but in 2017 due to these reserves, the increase in wages in Armenia did not take place. "You could at least index the wages in proportion to inflation, which in 2017 was about 2.6%, in order to partially compensate for the loss of income of the population associated with inflationary trends. This is a long-accepted practice in the world. I do not think that to find 5-6 billion drams to raise salaries for at least 2-3 thousand drams is such a difficult task," Margaryan said. At the same time, he noted that the private sector can raise salaries, in particular by issuing a 13th salary or other bonuses.

In addition, according to the economist, additional funds could be invested in the budget in the fight against corruption and shadow. In this regard, Margaryan recalled, according to the estimates of international experts, the share of corruption in Armenia's GDP is about 10% (about $ 1 billion). "To put it mildly, the state machinery remains ineffective, the realized expenses in the spheres are doubtful, and the policy is tough and unsatisfactory," he concluded.

According to the National Statistical Service of Armenia, for the consumer market of Armenia in 2017 was inflationary - 2.6%, after two years of deflation - 1.1% in 2016 and 0.1% in 2015. This was mostly caused by an increase in prices of food products (including alcohol and cigarettes) by 5.3% and non-food products by 1.7%, while tariffs for services decreased by 0.5%. The average monthly increase in consumer prices in Jan-Dec 2017 was 0.2%, against a decline of 0.1% a year earlier.