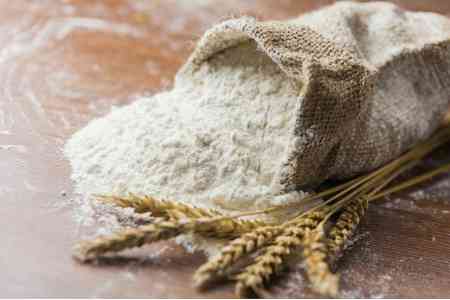 ArmInfo. In addition to  statistics on the undernourishment of the Armenian population, the  inhabitants of the country also suffer from the so-called hidden  hunger or lack of micronutrients. "Very often, the quality of food  consumed by people does not match their nutritional needs, and they  do not receive the necessary amount of essential vitamins and  minerals for growth and development," Vache Gabrielyan, minister of  international economic integration and reforms, told ArmInfo on  January 15. In this context, the minister found it right to enrich  the flour with folic acid and iron in Armenia.

According to the minister, the problem of hidden hunger is often not  connected with the financial capabilities of citizens. This is most  likely due to the specifics of the national cuisine or the  preferences of citizens, as well as the way of life of the population  of Armenia. "It is especially important for us to focus on proper  baby food, and therefore the Armenian government implements various  programs to strengthen food security and improve school nutrition in  the republic," he said.

In addition, as Vache Gabrielyan noted, various reports on hidden  famine among the population of Armenia say that even wealthy families  have problems with malnutrition due to improper diet. "The project to  enrich the flour with folic acid and iron is aimed precisely at these  goals and, in my opinion, it must be realized," the minister said.

The artificial enrichment of flour with folic acid is a trend of  recent decades. The initiative belongs to the Food Fortification  Initiative (FFI USA), consisting of 89 organizations, which include  the World Bank, WHO, UNICEF and other major world institutions.  Legislation on the enrichment of wheat flour has about 80 countries,  corn flour - 12, rice - 5 countries. In 7 countries of Europe and  Asia flour fortification is mandatory. Almost the whole of the  American continent and Australia are involved in this program, flour  is not enriched in most countries of Eurasia (including China and  India). The main additives are iron compounds and folic acid. Can  also be added zinc, vitamins A, D, other B vitamins: nicotinic acid,  thiamine, riboflavin and cyanocobalamin. According to the FFI, each  country decides in what quantity and what additives local flour-mills   should use.