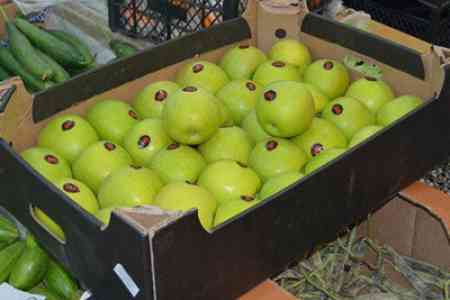 ArmInfo. The head of the  State Service for Food Safety of Armenia, Ishkhan Karapetyan, sees  nothing reprehensible in the sale of Azerbaijani goods in the  Armenian market, if they comply with food safety standards. He stated  this at a seminar in Tsakhkadzor, considering the issue in the prism  of security and control of goods sold in the Armenian market.

"I do not think that it is necessary to react to the emergence of  Azerbaijani-made goods in the Armenian market, if they meet safety  standards, it is another matter that these goods should be carefully  checked, but if they comply with the proposed standards and norms, I  do not think there is an excuse It is unlikely that anyone will  refuse, say, black caviar if it is produced in Azerbaijan,  "Karapetyan said, while stressing that there are no legislative  restrictions and bans on import of Azerbaijani goods to Armenia.

"And I also do not think that it would be correct to introduce such  sanctions," he said, while urging consumers in case of selling  Azerbaijani-made goods to sell to the Service for their security  checks.

It should be noted that from time to time Azerbaijani products appear  on the country's shelves, which causes anxiety and negative reaction  in the Armenian society.