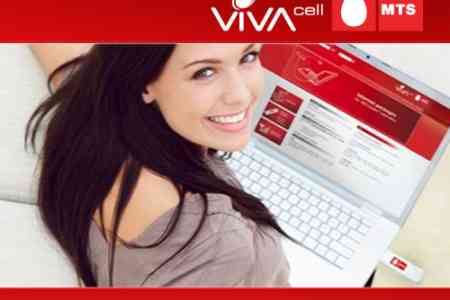 ArmInfo. The buyer of 100% of the shares of the mobile operator of Armenia, the company VivaCell-MTS, was the Cyprus offshore company of Aramayo Investment Ltd. (ARAMAYO INVESTMENT S A).

Yesterday ArmInfo informed that according to the documents of the Public Services Regulating Commission , Aramayo Investment LTD will purchase  ultimately all 100% of the company's shares. It should be noted that (trade mark ) is the Armenian daughter of the Russian telecommunications giant  of MTS. The deal involved Russian citizens Pavel Masharov and Artem Vasiliev, who will acquire 0.005% of the shares, and then sell them to Aramayo Investment, Their role in the transaction is not highlighted.

Thanks to the database of the Cyprus register it became known that ARAMAYO INVESTMENTS LIMITED was registered as an offshore company numbered ?? 349745 December 3, 2015. The company is registered at 1065, Nicosia, Cyprus, in the building  of CAPITAL CENTER on the 9th floor. It is noteworthy that the director of this company is the one mentioned in the documents of the State Commission Pavel Masharov. More detailed information about the entrepreneur Masharov in the open sources could not be found.

Meanwhile, the company with a similar  name ARAMAYO INVESTMENTS A is also registered in Panama. There is also another offshore company, possibly affiliated with it, COMERCIAL ARAMAYO, S.A.It is hard to say how close are  these two offshore companies connected - in Cyprus and Panama ,  but it is clear that in connection with the mentioning Masharov's name, the buyer of "MTS Armenia" was the Cyprus offshore.

In the opinion of independent observers, since the profile of the Cyprus offshore does not presuppose activity on the market of communication services, it can be assumed that, apparently, the transaction for the purchase of a mobile operator of Armenia from a Russian MTS company has a purely financial intermediate character.

Recall that the sale of "MTS Armenia" for the knowledgeable market participants did not come as a surprise, as during the past year the company seriously cut all its expenses, including advertising and social projects. Moreover, according to the analytical materials of the rating service of the "ArmInfo" Information Company, by the end of 2016 the company's revenue decreased by 20.7%, gross profit fell by 27.4%, net profit by 61%, the company's assets decreased by 13.4%. EBITA in recent years has been steadily declining - from 27.4% in 2014 to 11.08% by early 2017. Financial data for 2017 has not yet been made public.

Analysts are inclined to believe that after signing a peace agreement between Russian companies Sistema, which owns MTS, Rosneft, Bashneft and the Republic of Bashkortostan, the first one, who needed additional resources, decided to get rid of the ineffective Armenian asset. We note that on the eve of the international rating agency Fitch confirmed the long-term issuer default ratings (IDR) in foreign and national currency of AFK Sistema and MTS at "BB-" with a "negative" forecast.

Related articles
One of the largest telecommunication operators in Armenia, the company VivaCell-MTS will be sold to Aramayo Investment LTD.
Monday, January 22 2018

ArmInfo. One of the major telecommunication operators in Armenia, "MTS Armenia" will sold to the company to Aramayo Investment LTD. As reported in the documents of the State Commission for Regulation of Public Services, Aramayo Investment LTD will ultimately acquire the entire 100% stake in the company. It should be noted that (trade mark ) is the Armenian daughter of the Russian telecommunications giant MTS.