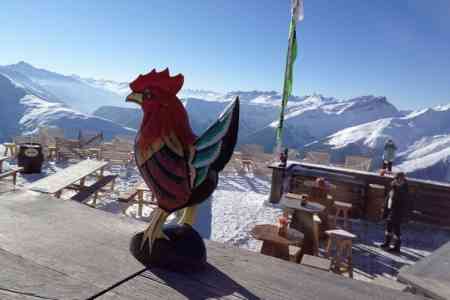 ArmInfo. In the index of the  inclusive development of the World Economic Forum (WEF), Armenia  ranked 45th among developing countries, between Guatemala and  Honduras, with the final score of 3.66, having increased its  positions over the past 5 years by 0.62 points.

At the World Economic Forum (WEF) recently opened in Davos, it was  proposed to consider this index as an alternative system for  assessing the economic development of countries, which is called a  more modern analogue of the gross domestic product (GDP), the main  economic indicator that determines the country's position in the  world. The new system was called an index of inclusive development  (Inclusive Development Index). According to the idea of the WEF, it  must "inform society and help sustainable and inclusive economic  development". According to the experts of the WEF, this indicator  more fully reflects the real state of affairs, since it takes into  account not only GDP, but also 11 parameters divided into three  groups. In each group, the absolute value and dynamics are given from  minus 20% to plus 20% for 5 years according to the results of 2016.

In the second group, inclusiveness is analyzed: the country received  36.0 by the level of the society stratification by income (Gini  coefficient), having increased by 0.5%. The poverty level was 15.5%  down by 7.6%, in terms of the level of the stratification of society  from the point of view of wealth distribution, the Gini coefficient  of Armenia remained at the level 58.3, down 5.6%, the median income  level was $ 5.7, adding only $ 1.0 for 5 years.

The third group analyzes the continuity of generations and the  sustainability of development. So, according to the adjusted net  savings, Armenia received minus 3.7%, on the greenhouse intensity the  country received 43.3kg on $ GDP with an increase of 3.0%. The burden  of the national debt is estimated at 51.8% of GDP with an increase of  15.3%, the demographic load factor is estimated at 44.9% with growth  of 1.5%.

In the top three developing countries in the "inclusive ranking",  Latvia, Hungary and Azerbaijan are the common scores, and the list is  closed from more than 100 countries of Cambodia, Kenya and Morocco.