Armbusinessbank on the balance sheet currency moved to the 2 nd position by 2018, and became the leader on liabilities to clients 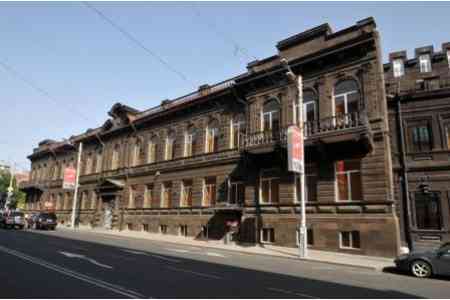 ArmInfo. Armbusinessbank oon  the balance sheet currency  for the year 2017moved  from the 3rd to  the 2nd position, and for liabilities to the clients became the  leader.  According to the Express-Ranking of Armenian Banks, prepared  by  ArmInfo specialists on the basis of published financial  statements of the bank, the assets of Armbusinessbank grew by 42.2%  to 574.9 billion drams ($ 1.2 billion), and liabilities to customers  - by 53.5% up to  401.2 billion drams ($ 828.8 million).

To compare, we note that for the year of 2016, Armbusinessbank  demonstrated relatively modest growth rates of assets and liabilities  to customers - 31.3% and 42.2%, respectively.

Armbusinessbank is leading in terms of  trade lending, SMEs, public  catering and services sectors, the construction sector, is a TOP-3  lending to the industrial sector and transport and communications, it  occupies the 4th position on agrocrediting, while actively carrying  out retail lending with concentration about 30% of this portfolio on  mortgage loans.  It should be noted that Armbusinessbank has been  operating in the Armenian market since December 1991.  The sole owner  of the bank is Vitaly Grigoryants. In terms of coverage of the branch  network, the bank is in the TOP-5, having 53 divisions, of which 24  are located in Yerevan, 22 - in the regions of Armenia and 7 in  NKR.