In the REX system operating within the framework of the preferential trade regime with the EU GSP +, the first organization was registered in Armenia 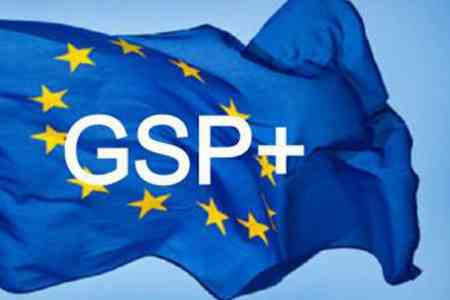 ArmInfo. In the registered  system of exporters (Registered Exporter System - REX) operating  within the framework of the preferential trade regime with the EU GSP  +, the first organization was registered, the press service of the  Ministry of Economic Development and Investments of Armenia reported.  The registered organization was granted the corresponding  certificate.

The department was reminded that as  a  part of the general system of  preferences of the European Union (GSP +) since January 2018, a new  electronic system REX was introduced in Armenia. For now,  manufacturers and exporters can register in the system for the export  of domestic goods to the EU markets.  "Registration in the system  allows you to export goods under the GSP + preferential trading  regime in the EU without a certificate of country of origin.In  parallel with the application of the REX system during the 12-month  transition phase, a certificate of the country of origin can also be  provided to those exporters who have not yet registered with the REX  system ", the report says. Registration in the REX system is carried  out by the Ministry of Economic Development and Investments.  Registration is free of charge.  Earlier, ArmInfo informed that since  January 2018 Armenia has been using the REX (Registered Exporter  System) system, the system of certification of origin of goods, which  is applied in the generalized system of preferences of the European  Union (GSP +) since January 1, 2017 and is based on the principle of  self- certification of economic operators. Thus, without a  certificate of origin, once registered in the system, it will be  possible to export to the EU using preferences within the framework  of GSP +. "At the same time, an agreement with the EU will simplify  the access of Armenian products to European markets, with a well-  differentiated assortment. This will mainly affect the requirements  for product quality, standards, certification and their mutual  recognition, increasing the capacity of laboratories in the country.

It should be noted that Armenia enjoys the status of the country of  the beneficiary of the GSPGeneralized System of Preferences with  Canada, Japan, Norway, Switzerland and the United States. Due to the  GSP, the Armenian goods of more than 3500 items can be exported at  zero customs duty. In the case of the United States, this affects  more than 3000 items. On January 1, 2009, Armenia was included in the  list of countries that received the GSP + regime from the European  Union, which affects more than 6,400 items.