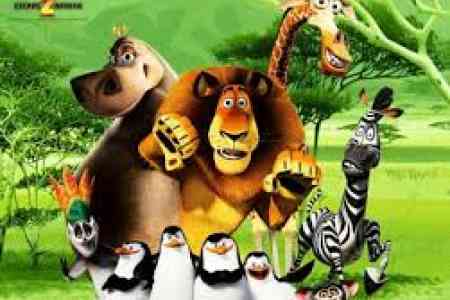 ArmInfo. Madagascar is  delighted with the economic achievements of Armenia. This February 23  in Yerevan at a joint press conference with Armenian Foreign Minister  Edward Nalbandian, the Minister of Foreign Affairs of Madagascar  Henri Rabari-Ndzaka said.

"Yesterday during the meeting with the Prime Minister of Armenia, I  expressed my admiration for the achievements recorded by the Armenian  economy after the crisis of 1996. I believe that Armenia's economic  opportunities are in tune with the theme of the business forum that  Yerevan plans to hold in the margins of the 17th OIF Summit in  October this year, "the minister said.

Rabari-Nzaka also added that Armenia is a member of the integration  project with 180 million market (Eurasian Economic Union-Ed.), Which  opens new opportunities for Madagascar.

Rabari-Ndzak also informed that in May this year the President of  Madagascar Eri Radzanarimampianina will pay a state visit to Armenia,  and the details of the visit are already being worked out.

In turn, Nalbandian stated that the data on the volume of mutual  trade turnover between Armenia and Madagascar are disappointing.  "This is one of the reasons for our decision to make active efforts  to stimulate cooperation." Relations between our countries were  established back in Soviet times, then we actively interacted, so the  current level of cooperation can not satisfy us. "We need to take  active steps to give a new impetus to our cooperation ", the Armenian  Foreign Minister said.

Speaking about the forthcoming summit of Francophonie in Yerevan,  Nalbandian informed that the event will be held under the motto "To  live together." According to him, in Armenia they know firsthand what  it means to live together, because by coincidence of historical  circumstances, today Armenians live in more than 100 countries of the  world, create and develop. He also expressed the hope that an  important document will be signed at the summit of the International  Organization for Security and Cooperation in Europe, the Yerevan  Pact, if its members are approved by the organization, which will  become one of the fundamental documents of the organization. "It is  also planned to hold a business forum that will promote the promotion  of trade and economic relations within the framework of the MOF and  create a network for businessmen of the member countries of the  Francophonie," Nalbandian said.