Armenian Health Minister does not forecast increase in prices for medicines 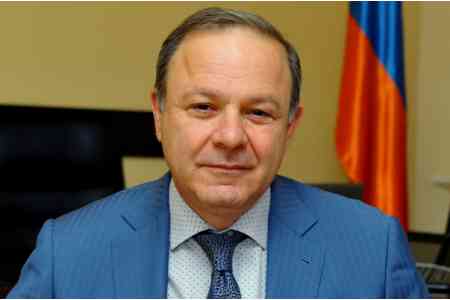 ArmInfo. Levon Altunyan, the  Minister of Health of Armenia, does not share the concerns about the  increase in prices for medicines as a result of the new order of the  release of medicines coming into force. "The Ministry of Health does  not expect a rise in the prices of medicines," Levon Altunyan said at  a briefing after the government meeting, responding to a question  from ArmInfo.

On the contrary, as pointed out by Levon Altoyan, the Ministry of  Health expects savings of 15-30% for households. Due to those  medicines that are bought without a doctor's order and without the  need, while their expiration date expires in the home medicine kits.  As Altunyan explained, if until now the population of the country  spent most of the money on unnecessary medicines, thus, throwing them  away, today the Ministry of Health is hindering this process.

It is noteworthy that the entry into force of the new order is  planned to be implemented in stages - from March 1, antibiotics,  hormonal and codeine preparations will be sold by prescriptions, all  injection drugs and oncological medicines will be included in the  prescription list on the 1st of July, and from the 1st October - all  other medicines provided for by the government decision. However,  today there is no regulatory and legal basis for the implementation  of the process. "The decision at this stage is being developed and  will be adopted at the next government meeting," the minister  explained.