The share of foreign capital in the total authorized capital of the banking system of Armenia declined for 4 years from 74.6% to 61.8% 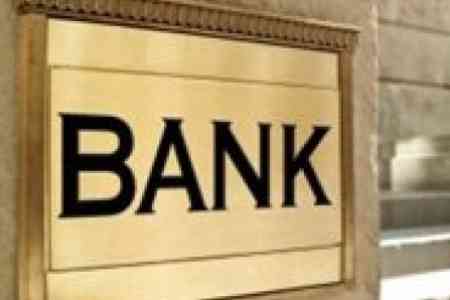 ArmInfo. The share of foreign capital in the total authorized capital of Armenian banks decreased from 2014 to 2017 from 74.6% to 61.8%. During this period, four participants emerged from the banking market, of which three were "daughters" of foreign banks. This is the German ProCredit Bank, Kazakhstan's BTA and Russian Gazprombank.

According to the Financial Rating of the Armenian Banks as of January 1, 2018, prepared by the Information Company ArmInfo, participation of foreign capital in the authorized fund was recorded in 16 of 17 banks operating in Armenia, including the subsidiaries of foreign institutional banking institutions - HSBC Bank Armenia (HSBC , United Kingdom), Byblos Bank Armenia (Byblos Bank SAL, Lebanon), Mellat Bank (Mellat, Iran) and VTB Bank (Armenia) (VTB, Russia).

In Ardshinbank, Russian capital is represented by the Industrial and Financial Corporation REGION. In the capitals of the two banks, foreign businessmen Eduardo Ernekian (Argentina) - in Converse Bank, and Vardan Sirmakes (Switzerland) - in Armswissbank are present through their holdings.

The indirect ownership of controlling stakes through foreign companies is fixed with Anelik Bank - it is Vardan Dilanyan (RF), with whom Lebanese CreditBank S.A.L remains direct participant in the capital.  Evocabank is owned by Russian businessman Vazgen Gevorgyan (Russia), both directly and through affiliated companies.

The direct presence of offshore companies was recorded only in 3 Armenian banks. In two of them - either insignificant, or associated with large companies with international status. Only in Unibank the lion's share of the capital (87.7%) belongs to the Cyprus offshore company UniHiding JG Limited, the final beneficiaries of which are individuals - Russian businessmen Gagik Zakaryan and Georgy Piskov. They also act as direct holders of small blocks of shares of Unibank - 6.15% each.  As of January 1, 2018, the authorized capital of Armenian banks is represented by 3,437 shareholders, out of which 46 are non-residents. The total capital of Armenia's banking system exceeded 701 billion AMD ($ 1.4 billion), of which 66.2% or 463.7 billion AMD ($ 957.9 million) accounted for charter capital. For 2014-2017 the total capital of the system grew by 60.7%, and the authorized capital by 89.2%. In TOP-5, the total capital includes Ameriabank, Ardshinbank, ACBA- Credit Agricole Bank, INECOBANK and Anelik Bank, which account for about 42% of the total market value. And according to the charter capital Ardshinbank, VTB Bank (Armenia), Ameriabank and Anelik Bank are leading, with a total value of more than 38%.