Within a year and a half, Armenian citizens will be able to receive a pension in the countries of the Unified Energy System 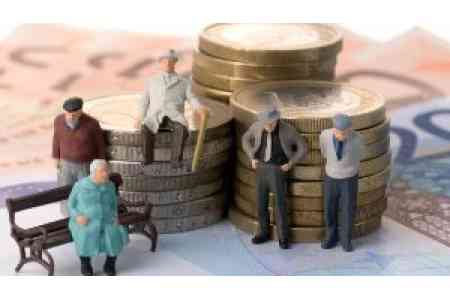 According to the document, as the head of the Social Security Service explained, each state will pay a citizen a pension, for the period of work and deduction of contributions in his country. Thus, the citizens of Armenia will be able to receive a pension in any state of the Eurasian Economic Union, since the experience they have gained will be taken into account in all the countries of the EAEU. The pension will be appointed according to the principle of proportionality: for the length of service acquired after the entry into force of the treaty, the pension is appointed and paid by the Member State in whose territory the relevant work experience was acquired. That is, if a citizen of the Republic of Armenia has worked in the Russian Federation for five years, 5 in Belarus, 10 in Armenia, then he will be paid by the Russian Federation, Belarus and the RA for this experience on his return to Armenia.

Following the results of the two-year discussions, the countries managed to resolve a number of disagreements on the draft. Nevertheless, the question of determining the value of the individual pension coefficient for the length of service acquired by the workers of a member state of the Union remains open today. The task, as the head of the SSSS explained, in particular, is as follows: the accrual of pension points is made for each year of work. Russia proposes one point for each full year of service in the event that the length of service is acquired in the territory of the Russian Federation, while in other countries the same score will be awarded for two years of work.

In addition, there is a problem connected with the fact that the countries of the EAEU are different in their retirement age. In particular, in Russia, the age of retirement is 55 for women and 60 for men, and in Armenia for 63 years. These issues will be discussed in more detail at the Yerevan meeting, which is likely to take place in mid-2018. It is expected that in a year or a year and a half, the work on the draft pension agreement for the workers of the EAEU countries will be completed and the document submitted to the EAEU Council for consideration.

for today, in Armenia, in determining the right to a pension in the general labor period, the length of work acquired in the territory of the former USSR is taken into account, and on the basis of mutual requests, also the length of experience acquired in the territories of the member states. At the same time, in recent years, the SESF has been carrying out activities to identify people who are simultaneously receiving pensions, both in Armenia and in another CIS country. Further, when disclosing the fact of receiving a "double pension", the Service grants the pensioner the right to choose in which country the pensioner wants to receive a pension.