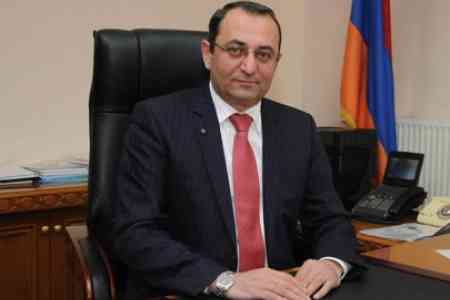 According to the press service of the ministry, during the meeting, a  consultative and educational program was presented, "Introduction of  a decentralized register on technology", which is envisaged for the  relevant government employees and will be implemented in this field  with the participation of international specialists with practical  experience in the application of the blockchain- technologies.

According to the message, the meeting was held on the initiative of  the "Jurisdiction of Armenia" foundation. During the negotiations,  the advantages of introducing blockchain technologies in the state  administration and in the business sphere were presented, as well as  working projects implemented by Bitfury in a number of countries.

Bitfury is a versatile blockchain-company founded in 2011. It is the  largest industrial miner outside the China, a developer of software  and hardware for working with Blockchain. The company's offices are  located in San Francisco, Washington DC, Hong Kong, London and  Amsterdam, data centers - in the Icelandic community of Reykjanesbir  and the Georgian cities of Gori and Tbilisi.