Expert: Armenia has a problem with effective use of water resources,  rather than small hydropower stations 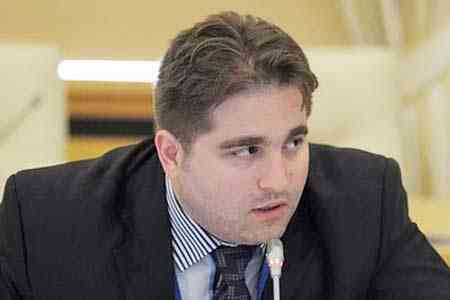 ArmInfo.In Armenia, there is no problem associated with small hydropower plants, there is a problem with efficient use of water resources. Roman Melikyan,  executive director of the Renewable Energy Producers Association, is  of the same opinion.

According to him, Armenian officials have repeatedly stated that the  country's water resources amount to 7 billion cubic meters of water,  while the country needs 3 billion cubic meters of water.  "Consequently, the problems should be sought not in small hydropower  stations, but in the effective use of water resources," the executive  director said in a conversation with the correspondent of the  Kommersant. ArmInfo.

According to him, currently there are 184 MHPPs operating in Armenia  with a total installed capacity of 356 MW. Small hydropower accounts  for 20% of all electricity generated in the country. In the process  of construction there are 35 more small HPPs with a total installed  capacity of 65 MW. "When stopping the Armenian nuclear power plant  for scheduled preventive repairs, electricity from the SHPP is most  in demand, and it's hard to imagine what would happen if these  generation facilities start to close," the expert said, adding at the  same time that the two hydropower plants were already closed.

According to him, it is necessary to go not by closing the small  hydropower stations, but in providing time for their modernization,  solving the problem with high bank interest rates, creating  conditions for attracting investments. "In Georgia, for example,  another 50 SHPPs will be built in the coming years, and we have a  tendency to reduce the amount of water that is being released, which  automatically leads to a decrease in electricity generation, and, as  a result, to a decrease in the companies' profits," the expert said,  adding that small hydropower solves social problems. In addition to  the relatively low tariff, it provides jobs for 4,500 people.

To recall, on August 23, the Armenian government approved amendments  to the Water Code providing for toughening the construction of small  hydropower stations. The draft law provides for certain criteria for  the construction of the SHPP, as well as bans for the installation of  small HPPs. The amendments prohibit the construction of MHPP on  rivers where rare fish species listed in the Red Book spawn. Also,  the prohibition on construction will be subject to hydroelectric  power stations, the load of which on rivers exceeds 40%.  Meanwhile,  at present there are rivers on which this load exceeds 50% of the  volume of water flow passing through the pipes. Construction will be  limited to individual sections of rivers that run along forest  tracts, near nature monuments. According to the Minister of Energy  Infrastructures and Natural Resources of the Republic of Armenia  Artur Grigoryan, now the permissible amount of SHPP is considerably  exceeded in Armenia. Nevertheless, the law is aimed not at banning  the construction of new small hydropower facilities, but on  monitoring the initial purpose of the HPP - the production of an  environmentally acceptable electric power.

As earlier in the conversation with the correspondent of ArmInfo the  famous in the country specialist on water resources, Ph.D. Knarik  Hovhannisyan, despite the fact that hydroelectric power plants are  the most environmentally safe in the list of other alternative  sources of electricity, in recent years, due to the extremely  extensive construction of small hydropower stations in Armenia on the  waterways of the republic, the ecological status of aquatic  ecosystems has deteriorated sharply. This is due to the violation of  the regime of environmental releases, which hinder the conservation  of biodiversity (flora and fauna) of aquatic ecosystems. Among other  factors of the disturbance of normal activity of natural ecosystems,  the expert considers frequent excess of the established water  withdrawal limits, violation of the norms of construction and  operation of hydraulic structures.