Expert: Recruitment market in Armenia from the point of view of  supply and demand is sleeping 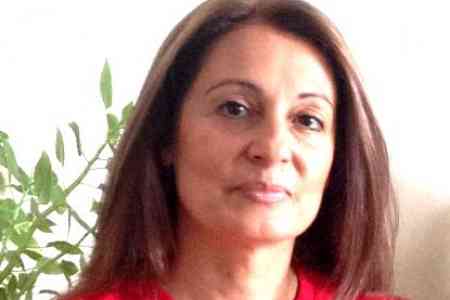 ArmInfo. Over the past two  years, the interest of international and local employers in Armenian  IT specialists continues to grow. The director of the well- known  recruitment company of Armenia - "Tangier" Nana Heruni said this in  an interview with ArmInfo.

"The most sought-after are IT specialists, whose shortage on the  international market is still noticeable.  Therefore, working in  Armenia for foreign companies, software developers, testers and other  IT specialists receive less remuneration from employers and are  therefore in great demand, "said Heruni.

The second position in terms of demand in the local market, according  to Heruni, is occupied by the sphere of sales, that is, all  professions that are in some way connected with this market segment.

To give a holistic assessment of the situation in the Armenian  recruitment market, the head of "Tangier" found it difficult: "We do  not provide unskilled labor and do not work in some areas that are  not of interest to us. I can only state the fact that the  applications of applicants and employers in the local market have  declined. The market in terms of supply and demand is asleep".

First of all, she caused the current situation by the fact that today  in Armenia they turn to employment agencies less because of the  presence of many job search sites. Also, the market, according to N.  Heruni, is discredited by the presence of unscrupulous recruitment  agencies, and the reputation of respectable market participants needs  support. "Perhaps it would be expedient to create a website where  ratings of Armenian employment agencies would be published, although  these ratings can be falsified," the expert noted. In particular,  according to N. Heruni, this would allow job seekers to avoid contact  with unscrupulous market participants.

"We have information for applicants on the site, in which you can  find useful tips on how to distinguish a respectable agency from an  unscrupulous, what to look for when concluding an agreement with an  agency, and what should be an employment agreement with an employer,"  she added .

At the same time, the reduction of applications of applicants,  according to the expert, is due to the fact that many recruitment  agencies cooperate with employers for free. "Attempts to transfer  financial responsibility to employers have failed. We still have to  divide the amount and charge both the employer and the applicant.  Meanwhile, today a lot of agencies work with the employer for free,  but at the same time, the employer has to filter the resumes  themselves. In any case, he has to contact us when it comes to top  positions, and specialists who do not post their resumes on the  network, "N. Heruni said.

On the question of whether positive changes in the labor market are  noticeable after the recent political events in Armenia, N. Heruni  noted that it is too early to talk about significant advances. "Of  course, we hope that the economy will improve, investments will  start, the influx of compatriots into the country will increase.  Naturally, this will not be realized in one day. At least a year must  pass to understand something, "she said.

In this part, Heruni touched on the changes to the Tax Code. "As the  head of private business, I hope that in connection with the relief  of the tax burden, the fate of the SMEs will be alleviated. From the  point of view of economic growth and reduction of unemployment, the  role of SMEs, its development is very important. I very much hope  that the government will take up this thesis for armament, "said the  expert. However, N.  Heruni expressed concern about the growth of  migrants from India. "Our employers hire them as labor for pennies on  the dollar. The authorities should take measures to return our  compatriots who left the country to work for them and limit the flow  of foreign labor in this connection.

To recall, the "Tangier" recruiting company has been operating in the  Armenian market since 2000 and has been engaged in the recruitment of  specialists (including headhunting) middle and top management,  professional staff in all sectors of the economy, specializes in  recruiting representatives of foreign companies in Armenia, also  providing outsourcing, outstaffing, staff leasing, outplacement, etc.   To note, according to the new IMF forecasts, unemployment in Armenia  is expected in 2018 at the level of 18.9% with a decrease in 2019 to  18.6%. Such a forecast is given in the IMF's October Prospects for  the Development of the World Economy. At the same time, according to  the forecast of the Central Bank of Armenia for 2018 updated in  August, unemployment expectations were improved - 16.6% with the  prospect of annual decline in the medium term by this indicator by  0.2-0.3 percentage points.