Forecast: Electricity exports to the Middle East through Iran are a  key component of Armenia`s geo- economic strategy 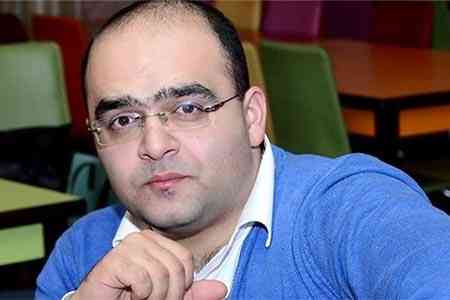 ArmInfo.The export of electricity to the markets of the Middle East through the infrastructures of Iran has all the prospects to become a key component of the geo-economic strategy of Armenia in the long term. Energy security expert Vahe  Davtyan expressed this opinion to ArmInfo

"The implementation of such a strategy implies geopolitical support,  primarily Russian. It is Moscow that, given its presence in the  Armenian energy market, as well as the interest in strengthening its  own positions in the Middle East, can become a beneficiary of such a  project. In this sense, Russian participation in the ongoing  modernization of the Armenian nuclear the plant, the development and  implementation of a long- term strategy for the development of  nuclear energy in Armenia is of key importance, "he stressed.

At the same time, according to expert forecasts, nuclear energy is an  area in which the clash between Russia and the EU will be permanent.  In this light, Davtyan noted the attacks of Brussels on the Metsamor  NPP, the Turkish Akkuyu NPP, the Hungarian Paks NPP, the Bulgarian  Belene NPP: all projects implemented with the participation or  support of Moscow. In light of the fact that the extension of the  life of the ANPP for 10 years is carried out on a loan of $ 270  million provided by Russia in 2015, the expert assesses the periodic  "raids" by Brussels officials on the ANPP as evidence of ignoring  Armenia's national interests.

According to Davtyan, without NPP, Armenia will not be able to ensure  sustainable export of electricity to foreign markets. And, conceived  by Soviet power engineering specialists, the Armenian model of a  surplus and export-oriented energy system has been preserved to this  day precisely due to the NPP. In this light, the expert noted with  regret the absence in Armenia of a conceptual vision of the future of  nuclear energy.  According to his estimates, each new government only  offers its own approaches, which are generally purely rhetorical in  nature.

"However, the development of nuclear energy in Armenia today is an  absolute necessity. Otherwise, given the transformation of the  structure of the region's energy markets, the integration of the  republic into the North-South international electric power corridor  with the participation of Iran-Georgia and Russia will be in doubt.  The first negative trends towards a decrease in the share of  electricity produced in Armenia in foreign markets, especially in  Georgia and Iran, are already evident. And these trends are  inevitably correlated with the dynamics of the Armenian-Georgian and  Armenian-Iranian relations. Accordingly, the nuclear power industry  should be considered as an inseparable part of not only the  geo-economic, but also the geopolitical external agenda of Armenia ",  the expert concluded.