Armenian parliament adopted amendments to Tax Code: changes are aimed at improving the competitiveness of the national economy 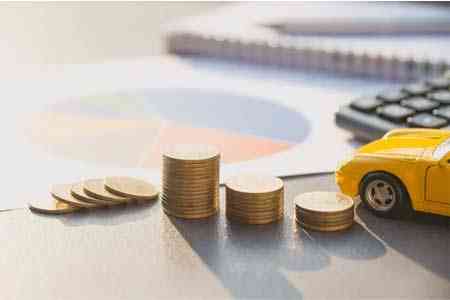 ArmInfo.On June 25, the National Assembly of Armenia, with 73 votes "for" and 32 - "against" in the second and final reading, amended the Tax Code and the package of related legislation. As expected, following the adoption of the document in the long term, new adjustments will provide an additional 0.8 percentage points GDP growth, additional consumption growth will be 0.3-0.4 percentage points, and employment will grow by about 0.5 percentage points.

Earlier, the Ministry of Finance, the developer of tax amendments, reported that before the start of work, the Armenian government conducted research to diagnose current economic realities. The first trend, to which the attention of developers was drawn, was that the profitability of export-oriented sectors of the Armenian economy is lagging behind the profitability of industries oriented to domestic consumption by 40-45%. Thus, domestic consumption is more profitable than export. And this is in the case when export is exempted from VAT payments. However, the Ministry of Finance considered that Armenia, as a country with an open economy, cannot connect its economic development with the development of domestic consumption only. As a result, exports should be stimulated in every possible way, creating stable prerequisites for ensuring long-term economic growth.

What does the new Tax Code promise us

From January 1, 2020, Armenia plans to abandon the licensing tax system with a transition to the general taxation system. The republic will abandon two alternative tax systems - self-employed and family entrepreneurship. They will be replaced by micro-entrepreneurship with a non-taxable threshold of up to 24 million drams. Business entities that carry out specialized activities, in particular, accounting, advocacy, and consulting will not be considered as micro-business entities. Microbusiness will be exempted from all types of taxes other than income tax, which will be 5 thousand drams per employee.

From January 1, 2020, Armenia will switch to a flat income taxation system, which, regardless of the amount of wages, will be set at 23%. Moreover, until 2023 the rate will gradually decrease to 20%. In parallel, the government envisages a gradual return to the previous conditions of the mandatory pension system.

The annual turnover tax in the amount of 115 million drams will be restored to pay VAT, but only for those taxpayers who did not exceed the established level of 58.35 million drams before the changes came into force. In this case, the matter concerns 2300 entities.

In order to compensate tax losses of the budget as a result of lowering the income tax and turnover tax, and their total negative effect on the budget is estimated at 38.5 billion drams, the Ministry of Finance proposes to increase the rates of excise tax on tobacco products alcohol, as well as beer from July 1, 2019. Electronic cigarettes (according to the IGOS technology) will be taxed in the same way as traditional ones. The initiative will provide additional revenues of 6-7 billion drams to the state treasury. It is also planned to increase the minimum price for vodka and ethyl alcohol - from the current 3,500 drams per 1 liter of 100% alcohol to 6 thousand drams. As of January 1, 2020, the Cabinet of Ministers intends to revise the environmental tax rate for emissions of pollutants into the atmosphere of cars with an engine power of 301 horsepower and more - to install 150 drams instead of the current 50 drams for 1 l.s. The Cabinet of Ministers of Armenia also intends to increase consular fees, state duty rates on the provision / replacement of state numbers, as well as for provision of licenses to financial institutions. In addition, road tax will be cancelled. In addition, the government proposes to slightly increase excise tax rates. A system of annual adjustment of the excise tax rate (by 3%) will be introduced. A waiver of the ad valorem excise rate is planned, since the existing system of excise taxation implies not only unequal distribution of the tax burden between the importer and the local producer, but also between goods of different price categories. At the moment, the tax is calculated on the basis of the value of the goods.

From January 1, 2020, it is also proposed to review the taxation of the organization and conduct of gambling (including games on the Internet), betting terminals. In particular, the taxation of totalizers will be transferred to the field of regulation of the tax on profits from 2020, gambling - from 2021. At this stage, the Ministry of Finance refrains from tax on winnings.

In addition, the turnover tax for catering representatives up to 10% will come into force not from 2020, as stipulated by the new Tax Code, but approximately by 2022, when the process of food procurement will be fully documented. The government at this stage will retain 6% VAT for the field, which entered into force on July 1, 2018, with the possibility of a tax deduction of 3% of the documented costs, but not less than 4% of the turnover.

From 2020 to 2022 the government also proposes to introduce equal rates of income tax and dividend tax for citizens of Armenia and foreigners, setting them also at 23% (profit tax from 20% to 18% and dividend tax from 10% to 5% - Ed.note) . The Ministry of Finance also proposes to fix that the pensions of residents of individuals received from outside are not subject to taxation in Armenia.

The document takes into account the interests of vehicle importers - individuals. The rule obliging them from June 1, 2018 when selling a 2nd car to pay a 20% income tax will be revised and reduced to 1% of the price of the car, but not less than 150 drams for each horsepower. The norm will be given a retroactive effect from July 1, 2018, which will allow to recalculate the tax debt accumulated since the entry into force of the new tax regulation. In addition, the Ministry of Finance of Armenia proposes to exempt from paying tax in the case of selling a car after 365 days after its purchase.

Private taxi drivers acting as individuals will be exempted from paying state fees.

A change was made to the second reading concerning an interconnected person when calculating the turnover tax. If the subject through the court can prove the absence of affiliation, he will continue to work as before, otherwise he will have to pay the entire amount of VAT starting from January 1 of the current year.

As a result of discussions for the second reading, the rules for labeling frozen chicken meat were changed. The law required that chicken meat frozen at -18 degrees be labeled as a separate item. Now it is proposed to label the box, and not every single piece of meat.