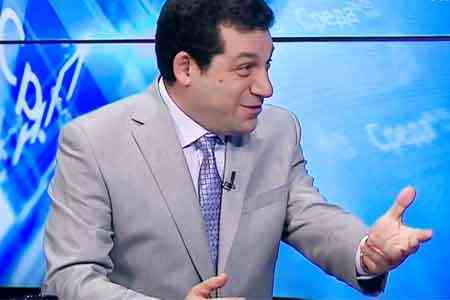 ArmInfo.Armenia has great unrealized potential.  Founder and president of the York Institute for Enterprise Development (YEDI) Marat Ressin, who arrived in  Armenia for a two-week visit to implement the YEDI <International  START-UP> program, express such opinion in an interview with ArmInfo  correspondent.

<We chose Armenia for fundamental reasons. I wanted to support those  wonderful processes that are taking place here>, he said.

In particular, in this regard, Ressin said that due to the fact that  he was born in Russia, he always followed what is happening in the  countries of the post-Soviet space, and the recent political events  in Armenia left an extraordinary impression on the Canadian guest.

<It's great that people were able to take control of their own  destiny. And therefore, you need not to lose time and at this  particular moment in time try to develop all possible initiatives>,  the head of YEDI added.

Despite the fact that Armenia has certain difficulties associated  with closed borders and exporting products, Ressin noted that, as  part of the YEDI program, entrepreneurs from different parts of the  world, including China, India, Vietnam, Iran, visited the country,  who will introduce and share knowledge regarding business development  opportunities in the North American and global markets.

"This is also a kind of export," said the head of the York Institute,  emphasizing that in Canada, higher education is one of the types of  exports and occupies a significant share. In this regard, he added  that annually Canada has about $ 3 billion only for student payments  for education. "And if we add to this their expenses for housing,  food, etc., this figure will be even higher. I think that here in  Armenia there is also great potential in this regard," he emphasized.

Speaking about the YEDI program in Armenia, Ressin noted that it  contains two components. <The first project is intended for  representatives of all countries who want to develop their business  in the North American market, starting with Canada. And there is also  a program for those who live in countries with limited markets>, the  expert explained. In this vein, he noted that in general, beginning  entrepreneurs have a problem with the further development of  startups.

<A person creates a startup, develops it, and then must either sell  it or leave for it. This is a big problem that stops the development  of the country's economy. So we have a program that allows you to  plan your startup from the very beginning with an understanding of  the specifics of the North American and world markets, which  eliminates the need to travel outside your country.

Startups will be able to use our resources in Canada in order to  promote their products and services to the North American market>, he  said.  It should be noted that the York Institute of Entrepreneurship  Development in cooperation with the Yerevan branch of the Russian  Economic University named after G.V. Plekhanov implements the  <International START-UP> program in Armenia.

According to the RA State committee, the foreign trade turnover  between Armenia and Canada in the h1of 2019 increased by 78.9% to $  44.7mln.