RA President: HSBC presence in the Armenian market is significant and  important 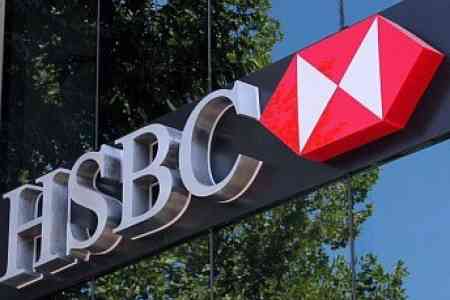 ArmInfo. The presence of HSBC in Armenia is significant, and it is important that HSBC Bank Armenia continue its further activities. This opinion was expressed on  September 18 by Armenian President Armen Sargsyan at a meeting with  HSBC Executive Director for International Affairs, responsible for  the European and African regions, Christopher Davis and HSBC Bank  Armenia Chief Executive Officer Paul Edgar.

"The entry into Armenia in the early 1990s of HSBC Bank, operating  according to high international standards, had a great influence on  the formation of an appropriate culture in the financial and banking  system of the country. We value the contribution of HSBC Bank, and it  is important that it continues its activities in the future in  Armenia, "the President of Armenia emphasized.

Christopher Davis, in turn, stated that HSBC has implemented the best  standards in Armenia, and the team of HSBC Bank Armenia employees is  considered one of the best trained.

The parties exchanged views on the activities and upcoming programs  of HSBC Bank Armenia.  According to the Financial Rating of the Banks  of Armenia as of July 1, 2019, prepared by ArmInfo IC, HSBC Bank  Armenia's assets amounted to $ 410.5 million, in the structure of  which credit investments accounted for over 64% or $ 263.4 million.  Corporate loans dominate in the bank's loan portfolio - about 71%,  mainly concentrated in areas such as trade, industry, catering /  services, in terms of the amount of financing which holds a position  in TOP-5.

HSBC Bank Armenia completed the first half of 2019 with a net profit  of $ 2.8 million, the bulk of which the bank secured for the II  quarter. In annual and quarterly terms, the bank managed to increase  its net profit by several times.

It should be noted that HSBC Bank Armenia, representing the HSBC Bank  plc Group in Armenia, has been operating since June 20, 1995. HSBC  Bank Armenia shareholders are HSBC Europe BV - 70% and Wings  Establishment - 30%. A small number of bank branches - only 7, is  explained by the very active use of remote methods of customer  service and the digital transformation of banking services.