During the first 5 years, the agricultural insurance market in Armenia will operate at a loss 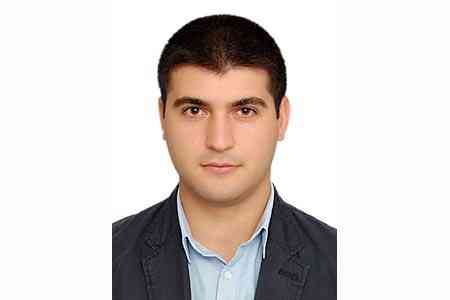 ArmInfo. From the next year, the agricultural risk insurance system will start operating in Armenia. At first this program will be pilot, since the situation is similar to the one in mathematics called the equation with many unknowns.

The issue on the need to start developing this field of insurance services has been discussed for a long time in Armenia. Over the recent years, all our attempts to bring to the discussion on this topic the German Development Bank KfW, which 5 years ago allocated almost half a million dollars to our consultants for the development of the program, ended in nothing but obvious frustration with our "curiosity". But finally, it happened, and next year, thanks to 5 million euros from KfW and a similiar amount from the Armenian government, the program will be launched. In addition, Climate Investment Funds also expressed its support for the program, which will provide 2 million euros, of which 200 thousand euros will be allocated to subsidize the purchase of insurance policies, and 1.8 million euros for consulting services. Consulting will be carried out by the Council of the International Consortium, consisting of three foreign companies.

The specialists of the National Agency for Agricultural Insurers are very optimistic about the successful implementation of the program. ArmInfo's interlocutor Levon Kocharyan, responsible for the agricultural insurance sector of the Ingo Armenia insurance company, who has done a scientific research in this field, is also optimistic.

- As a specialist who is deeply and scientifically involved in this field, what risks do you see in implementing such a program, crucial for the Armenian economy? And what are these risks, how moderate are they? Foreign consultants, as a rule, speak only about the program’s strengths, ignoring the weaknesses.

At the initial stage, we will insure two main crops, which form the basis of agriculture in Armenia - apricot orchards and vineyards. And two main risks are hail and frost. In case of damage from hail - subsidies will amount to 50% of insurance premiums, and in case of damage from frost - 60%. The consultants calculated and proposed these options, and we, the insurers, will follow them, at least during the pilot testing of new insurance products.

The consultants periodically visited Armenia and as a result such an expert assessment with such optimal data has been obtained. In general, their estimates were based on results of survey among farmers, rather than on the facts and on full-scale empirical, statistical data. That is, these ready-made parameters are not based on factual statistical data, since it simply does not exist. Neither the state statistics on yield and damage, nor the data of the Ministry of Emergencies on climate risks can serve as guidelines for us, because they simply do not exist, no one has collected and systematized them. No one  collected data about when and under what conditions and how often, there were frosts or severe droughts in a particular community, how often there was hail, what losses it caused, how much farmers suffered, etc. As a result, at least for 5 years we will have to ''find black cats in a dark room'', but in any case, better sooner than never.

- It’s strange, because the first funds to study the possibilities of introducing agricultural insurance were provided 5-6 years ago, and it would be logical to start collecting statistics and systematize them somehow over these years, would'nt it?

This question should not be addressed to us. Let me remind you that we, the insurers, launched compulsory motor third-party liability insurance (CMTPL), having no real data on the number of car accidents in the country, since most of them were not registered, and disputes were resolved privately. But we have dealt with this. I think this time we will also succeed.

- That is, most likely insurers will work without profit during the first few years of product introduction and unprofitability of agricultural insurance will be very high..

Yes, we preliminary estimate the level of product unprofitability at 80-90% and this does not include operating costs. And taking into account the latter, unprofitability may exceed 100%. But we realize that this is only the beginning, and a lot should be done to improve efficiency on the basis of accumulated data, experience and technology. It is very important here that not the crop will be insured, but the costs of farms aimed at obtaining it. That is, costs will be insured.

Yes, without documentary reports on expenses. That is, when selling policies to a farmer, we will offer five different insurance options - with compensation of 400 thousand, 800 thousand, 1 million, 1.2 million and 1.5 million drams per hectare. Farmer has the right to choose any, depending on the grape or apricot varieties, on his professionalism, technical capabilities, the presence of an irrigation system and many other factors. We set the appropriate price for the policy according to a ready-made formula, half or 40% of which is paid by the farmer and the other part by the state.

- And will the damage in case of an insured event be evaluated according to the formula?

Of course. In the first years it will be so. In the future, all this will change. But for now, everything will be tough. However, a clear differentiated approach will be shown. The costs of table varieties of apricot and grapes have a significantly lower insurance coverage than the costs of technical varieties. So for the "kishmish" variety of grapes, where the yield per 1 ha ranges from 7 to 10 million drams, the cost coverage of 1.5 - 1.8 million drams is ensured. That is, in case of loss of crop from the hail, the farmer receives much lower. Plus, a 10% reduction franchise is also provided. That is, another 10% is not compensated, remaining as a risk to the farmer. In any case, since the matter concerns not the damage insurance - crop loss, but cost insurance to grow it, the farmer receives a small compensation. This should always be borne in mind.

You know, I have a poor idea of ​​how the agricultural insurance system will work if it does not rely on the law of large numbers. Indeed, during the pilot testing, being in the "dark forest", it is unlikely that a lot of farmers will strive to insure, since the product is voluntary, and the compensation is not that significant.

That is why the program will be pilot, covering only some of the country's regions, will be voluntary and limited to two types of agricultural products - grapes and apricots. It is envisaged to spend more than 10 million euros as subsidies, and insurance companies will reinsure about 80% of the risks with SwissRe, the Swiss reinsurance company participating in the consortium. Negotiations with it have not been completed yet, perhaps the company will take reinsurance up to 90% of the risk. This is very important, because all this practice is 'Greek to us' as I have already said. We calculated that the loss-making of this business for insurance companies can certainly be reduced if reinsurance is reduced, for example, to 60%, but in this case the risks for local companies will increase significantly. In case of large insured events - large-scale frosts or large-scale droughts affecting several united communities, our insurers can simply go bankrupt. And such weather conditions are common for our country. So, it is better to start with high reinsurance, deal with more or less moderate risks and start to test the market. And in the future, when there will be statistics, when the number of insurers will increase, the amount of contributions will increase, then it will already be possible to switch to the system of classical commercial insurance, as they say at our own risk.

- In classical insurance, there are factors that help manage risks. If it is a possible hail, then the risks are reduced if there are active anti-hail installations in the community or, if the irrigation system works in such a way that drought does not threaten, or if the vineyards are at least partially covered by anti-hail nets. Then, naturally, the level of risks decreases, as do other insurance premiums. Are these elementary principles and mechanisms working?

These mechanisms are not working, just because they do not exist. That is, there is a specific tariff schedule and we will be guided by it, and it does not matter whether any tools exist that anticipate or reduce risks. And after all, the risks will not be assessed by us, but by the Bureau and on specific patterns. And yet, our company will try to work more with those farms, which at least have anti-hail stations installed, although their effectiveness, as practice shows, is a big question. Anti-hail nets are much more effective, and if they are of high quality, they protect 100% of the crop, and then the farmer does not need to be insured. He has already minimized his risks. I think with the development of the pilot project, all these and many other factors of, as you put it, classical insurance will need to be gradually added.

- Will you need to create an agent network in the communities in order to sell policies?

Of course, and these people will also need to be paid, motivated, they will also need to be trained professionally so that they correctly compile questionnaires, learn to talk and convince farmer. And all this requires additional spending, rather tangible one. Therefore, in the first years, as I said, the product will be unprofitable. Over these 5 years, it will be necessary to compile statistical series, tables, involve insurance mathematicians in the work, acquire the appropriate software, that is, to set up business in the literal sense of the word. And then I'm sure we will succeed.

ArmInfo.The introduction of agricultural insurance in Armenia will definitely have a positive impact on the dynamics of agricultural lending by banks. This opinion  was expressed on October 30 during a press conference by the chairman  of the Union of Banks of Armenia, chairman of the IDBank Board Mher  Abrahamyan, answering a question from ArmInfo.

Starting from March 2019, a pilot program of agricultural risks  insurance will be launched in 5 regions of Armenia
Thursday, January 31 2019

ArmInfo.From March 2019, a pilot program of agricultural risks insurance will be launched in 5 regions of Armenia. Answering the question of ArmInfo, Armenian Deputy Minister of Agriculture Gegham Gevorgyan said this on January 31 after a  government meeting.

360 million AMD will be allocated from budget for implementation of  pilot program on agro insurance in 2019
Thursday, November 29 2018

ArmInfo.Starting from February-March 2019 in the Ararat and Armavir regions of Armenia, a  pilot program on agro-insurance will start, which will cost the state  treasury 360 million drams. The possibility of testing the program in  the Shirak region of the republic is also discussed. On November 29,  answering the question of ArmInfo, this was reported by the Acting  Minister of Agriculture of Armenia Gegham Gevorgyan.

ArmInfo. Prime Minister of Armenia Karen Karapetyan on February 7 deceived delegation led by Mathias Kiesler, Ambassador of the Federal Republic of Germany to the Republic of Armenia, composed of representatives of the German Development Bank (KfW), MF Strategy consultants, MicroInsurance Center and AgroConsulting and the reinsurance company Swiss Re and Agroinsurance International.