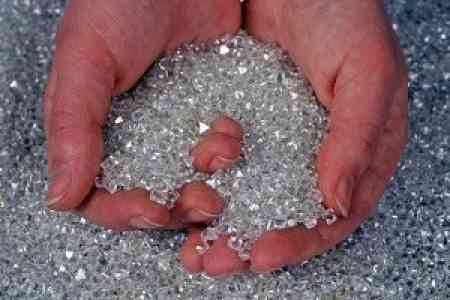 ArmInfo. Strong traditions of lapidary production are being revived in Armenia. On December 2, on the territory of the headquarters of the former Sirius factory in the  city of Abovyan, Kotayk region, the opening of the diamond processing  plant of "A.D.M. Diamonds" took place.  The ceremony was attended by  Prime Minister Nikol Pashinyan.

The company A.D.M. Diamonds was founded in 2017. Earlier there was  small production with an area of approximately 250 sq.m on the  territory of the enterprise. Investments in expansion of production  to 3600 sq.m are estimated at about 3.5 million US dollars. Raw  materials - rough diamonds - are sourced from Hong Kong and the  United Arab Emirates. As part of the investment program, the company  will create 700 jobs. At the same time, the company intends to expand  further. So, it is planned in 2020 to bring export volumes to $ 100  million.

Earlier several enterprises operated in Armenia, the largest of which  is "Shoghakn" also located in Abovyan, which employed 1800 people. In  the 2000s, due to the dramatic revaluation of the dram, from an  average of 560 to 310 drams per dollar, the work of lapidary  enterprises became unprofitable. During this time, many professional  cutters left the country and now the personnel problem is extremely  acute. It should be noted that in the first half of 2019, the volume  of diamond exports from Armenia decreased by 17.7% per annum, against  the 8.2% decline a year earlier. According to the RA Customs Service,  during the reporting period, Armenia exported 101.2 thousand carats  of diamonds, the customs value of which decreased by 33.5% per annum  to $ 28.5 million. The diamonds are mainly exported to the UAE  (59.2%), Russia (Armenia 15.8%), Belgium (8.5%), USA (8.3%), Israel  (4.5%), Canada (2.8%), and to a lesser extent - India, Thailand and  Georgia.

Thus, as follows from the FinExpertiza report, over the previous  three years, China has remained the undisputed leader in terms of  imports of precious stones, precious metals and products from them  into Russia. However, by the end of 2019, it will apparently yield  this position to Armenia. In the first eight months, jewelry worth a  total of $ 140.9 million was imported from Armenia, while only $ 61.8  million was imported from China. Manly precious metals ($ 95.9  million) and diamonds ($ 33, 2 million) are exported from Armenia.