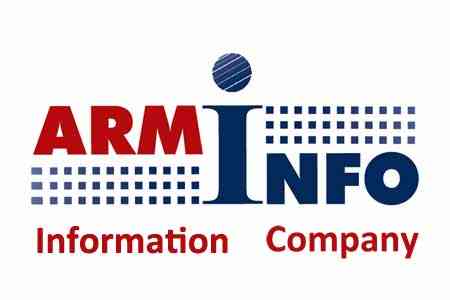 "For a new independent Armenia with its new financial system, this is  a whole era of ups and downs, a whole era of a rather difficult stage  of the system establishment through strengthening regulatory measures  and subsequent bankruptcies. These were years of successful reforms  and the creation of new banking tools, the formation of a financial  infrastructure, a new banking service culture. In the end, the achievement of the reliability and stability that has been accompanying the country's financial markets for more than 15 years, despite the growing external instability", E.Mkrtchyan believes.

"On this significant day for the financial analytics service of our  information company, I want to emphasize our deepest gratitude to all  the subscribers to our financial analytics, those who are always nearby, helping us with advice, sharing their analytical insights with us. I want to thank those who are not envious of us, but rather, moving forward with us, even pulling us along, realizing how  important it is for the market to have an independent professional  look at the strengths and weaknesses of the development of the  financial system and financial markets",  the head of the Agency's  financial researchers team Karina Melikyan said.

"The 100th financial rating has been published! In other words, 25  years have passed since the first issue! I remember and appreciate  the first steps, since then much water has flown under the bridge.  But, most importantly, you managed to bring a new culture in the  field of financial analytics in the Armenian market.  A new  generation of financiers has grown on your products, accustomed to  free access to databases, systematic information. 25 years of  scrupulous, responsible work, shouldered not thanks, but in spite of.   After all, no one asked you to do that. THANKS "Arminfo", THANKS  "FinPort"! Professor of Economics, Director of the Institute of  Economics and Business of RAU, former Minister of Finance and  Economics of Armenia Edward Sandoyan wrote on Facebook.

"Congratulations to ArmInfo Agency on the jubilee, hundredth issue of financial rating! This is not just a newsletter, but an important component of what is called the institutional development of the banking system of Armenia. Thanks to the ArmInfo team that 25 years ago they created this product, demanded among professionals both  inside and outside Armenia", Deputy Chairman of Ardshinbank, former RA Finance Minister David Sargsyan congratulated ArmInfo on the  jubilee.

To note, the well-known economic analyst of Armenia, now deputy  chairman of Ameriabank Tigran Jrbashyan was at the origins of the  Agency's financial research providing valuable recommendations and calculations, who also has congratulated ArmInfo on the anniversary issue of the analytical newsletter. The Agency also received an unofficial congratulation from Tigran Sargsyan, the former prime minister of the country, the long-term leader of the Central Bank of  the Republic of Armenia, who always supports an independent assessment of the market.

It should be noted that ArmInfo's great experience was appreciated by  foreign partners, due to which, in 2005, the country's first and so  far the only national Credit Rating Agency (CRA) AmRating was established, which  assigned credit ratings to four Armenian banks. Today, the Agency is  a partner of the European rating agency, periodically publishing  country banking reviews. https://raexpert.eu/files/Industry_report_Armenia_Banks_27.05.2019.pdf

Today, the Agency is methodologically  prepared to assign ratings to large and medium-sized enterprises that  would like to enter public securities markets. Keeping pace with the times, the Agency is ready to provide companies with the so-called  "green ratings".

"ArmInfo" on this anniversary day considered it relevant to share with readers a few "memories". Thus, the Agency's financial service  began its journey with 65 commercial banks on the list, then their number dropped to the 31 bank by 1999, and by 2017 there were 17. Moreover, the newsletter from 20-25 modest pages turned into a  of more than 100 analytical tables, coefficients and  graphs, accompanying comments.

Apart from the first years of the  "hard cleaning" of the system from pyramids and pocket banks, from 1999 to this day, the total capital of the country's banking system  has grown 25-fold, assets have increased 29-fold, credit investments  45-fold, liabilities 30-fold, while deposits of population increased  57- fold. At the same time profit, having gone through the crises of  1998, 2004, 2009, and 2014, has modestly increased 16-fold.