Chocolate labeled "Made in Armenia" is exported to the markets of the  EAEU, Ukraine, France, the USA, Israel, Estonia, China and other  countries. 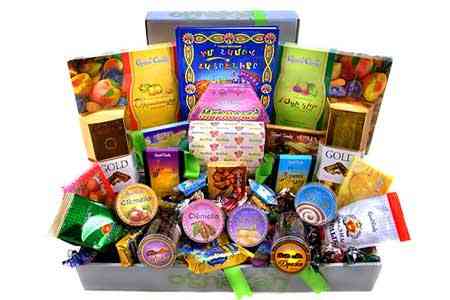 ArmInfo.Armenian Economy Minister Tigran Khachatryan visited the Yerevan Chocolate Factory to get acquainted with the company's programs and production process.

According to the press service of the Ministry of Economy, the  founder of the factory, Sos Sahakyan, in an interview with the  minister noted that two types of products are positioned in the  production and sale of high-quality branded chocolate. He presented  the results of the economic activity of the plant for January-  November 2019. Compared with the same period last year, sales volumes  increased by 37%, exports - by 141%.

According to the company's representatives, the annual production  volume reached about 2.4 billion drams, of which about 40% is  exported. Chocolate labeled "Made in Armenia" is exported to the  markets of the EAEU, Ukraine, France, the USA, Israel, Estonia, China  and other countries.

Tigran Khachatryan got acquainted with the cycles of the chocolate  production chain, the new equipment of Italian and Belgian  production, as well as the construction work of the new building as  part of the investment program implemented to expand the company. It  was noted that this year 69 additional jobs were created, and in  2020, another 50 will be added to 240 employees.

The head of the Ministry of Economy and Trade discussed with the  company's management a number of issues related to measures to  promote products on foreign markets, increase production capacity of  the company, expand professional capabilities, as well as long-term  programs. Discussions touched on the settlement of some problems  associated with the production process of the company.