Famous PAUL French cafe chain will be presented in Armenia 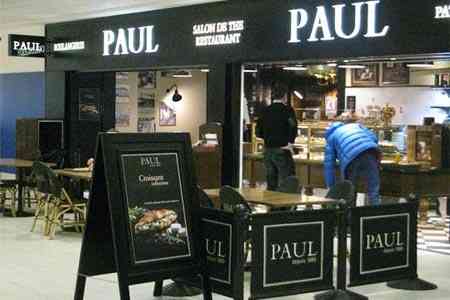 ArmInfo. The famous French cafe chain PAUL, represented in 46 countries, will soon operate in Armenia.  After active negotiations that lasted more than two years,  the Galaxy group of companies signed an agreement with  representatives of PAUL International.

Thus, in the coming years 5  PAUL cafes will open in Armenia, due to which about 200 new jobs will  be created.  PAUL was founded in 1889, and carries the best  traditions of a family business. Originally working as a French  bakery store, it later expanded to a cafe-restaurant. At the same  time, the pricing policy of the brand is aimed at achieving a balance  between affordability for customer and French quality.

The Ambassador of France to Armenia Jonathan Lacote welcomed the  opening of PAUL in Armenia.  PAUL is the third major international  project for 2019, which was announced by Galaxy. So, at the beginning  of the year, it was announced the construction of an innovation and  technology park, and in the summer, the project for the construction  of the Courtyard by Marriott hotel and housing complex was officially  launched.