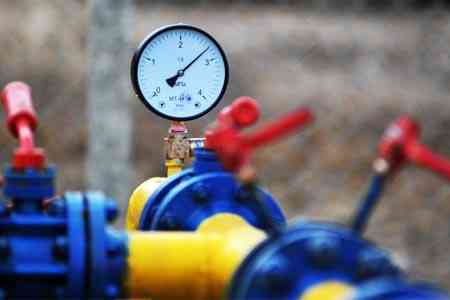 ArmInfo. Armenia is negotiating with Gazprom subsidiary "Gazprom" to develop fixed-pricing mechanisms for gas for a period of 10 years in case the  company declares a tariff increase. This was announced on Saturday by  Chairman of the Commission for the Regulation of Public Services  Garegin Baghramyan.

"Today's negotiations are going to fix the mechanisms of gas pricing  for a 10-year period if  "Gazprom Armenia" submits an application for  changes in the gas tariff. This, of course, will be connected both  with investments and with the results that we will receive from these  investments, "he said, TASS reports.

According to Baghramyan, if gas tariffs increase, it is possible that  the government will compensate for the difference.

Earlier, Gazprom Armenia stated that it did not exclude an  application for revising gas tariffs.

Earlier, Baghramyan stated that Gazprom Armenia CJSC does not exclude  the possibility of applying to the Public Services Regulatory  Commission with a request to revise gas tariffs. He informed that the  price at the border in the calculated sense increased by $ 30  dollars, because in accordance with the current tariff Gazprom  Armenia covers $ 15. That is, now we are talking about an increase of  $ 30.

To recall, at the end of last year, Gazprom Armenia announced the  signing of an additional agreement, according to which the price of  gas in 2020 will not change, that is, it will remain at the level of  $ 165 per 1 thousand cubic meters instead of $ 150 in 2018.  Throughout 2019, the company at the expense of its internal sources  covered $ 15, thereby contributing to maintaining the internal tariff  for end consumers at the same level, but, as the head of PSRC noted,  this "cannot last forever". "In accordance with the agreement of  2013-18, the price was determined by agreements, not by the  commission, then there were accumulated savings that allowed us to  negotiate. Negotiations are ongoing, but this cannot last forever,"  Garegin Baghramyan stated, not excluding the possibility that the  company application is coming soon.