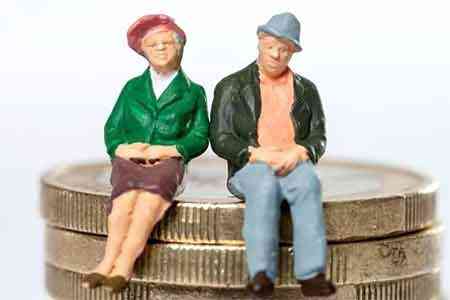 ArmInfo. In no case should you freeze incoming and accumulated funds in pension funds. A similar opinion from the rostrum of the National Assembly of the Republic of  Armenia on April 16 was expressed by the candidate for the post of  head of the Central Bank of Armenia Martin Galstyan.

He determined his opinion on the possibility of using these funds to  ensure future growth. In particular, according to Galstyan, if the  state intends to implement projects that require long-term stable  financing, the government will be able to take on these projects and  issue bonds that will be acquired by the same pension funds. Thus,  the latter, as noted by the candidate for the post of head of the  Central Bank, will finance these projects.

It should be noted that in Armenia there are two private funded  pension funds. C-QUADRAT Ampega Asset Management Armenia and  Amundi-ACBA Asset Management. They are actively involved in the  purchase of large bonds of large Armenian companies. On the part of  the funds almost complete issues of bonds of telecommunications  company Ucom, a large transport company Spyka and Zangezur  Copper-Molybdenum Combine (ZMMK). The total assets of the two funds  are approaching $ 1 billion.  Almost half of the funds are invested  in government securities.