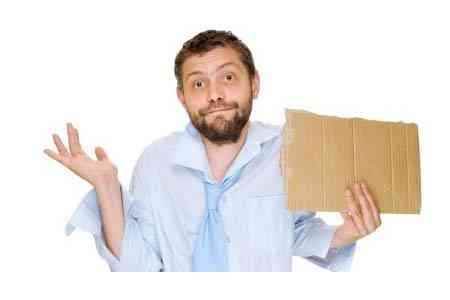 ArmInfo.  As part of the 22nd  package of anti-crisis measures developed by the Armenian government  to mitigate the socio-economic consequences of the coronavirus  pandemic, citizens who lost their jobs for the period from March 1 to  June 30 this year will receive lump sum benefits. According to the  press service of the government, the amount of the benefit is 68  thousand drams.

According to the report, the beneficiaries of this assistance package  are citizens who were registered workers for at least 85 days from  January 1 to March 30, and lost their jobs from March 1 to June 30.  At the same time, assistance will not affect citizens working in the  financial, insurance and gaming sectors, in government, in  foundations and public organizations. One-time benefits will not be  able to receive also persons whose wages for the last two months by  the time of dismissal from work amounted to 500 thousand drams or  more. In addition, individual entrepreneurs will not be the  beneficiaries of the program, with the exception of those who,  according to the State Revenue Committee, did not stop working by the  beginning of the year.

Applications for state assistance can be submitted by clicking on the  following link: https://dimum.ssa.am/

To recall, the Armenian government approved 22nd anti-crisis  programs, of which 10 relate to the mitigation of the economic  consequences of the pandemic, and the rest - the social plan. In  particular, as of the end of June, the RA government issued loans  worth 73 billion drams, which were mainly aimed at paying taxes,  salaries, purchasing equipment for production and supporting  agriculture.