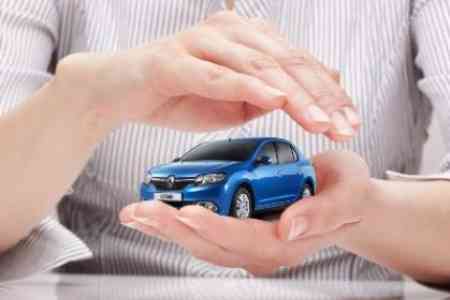 ArmInfo.The Bureau of Auto Insurers of Armenia celebrates its 10th anniversary in September. By that date, the Bureau issued a progress report and presented in  figures the achievements on the main indicators. As ArmInfo was told  in the press service of the Bu Armenian Motor Insurers' Bureau, the  Bureau's long-term plans include membership in the international  Green Card system and broad cooperation within the framework of the  CIS countries. In the medium term, it is planned to liberalize  insurance premiums either with the establishment of maximum and  minimum thresholds, or without the need for them.

The formation of a  real market for spare parts and a competitive market for auto repair  shops is also considered.

Over the 10 years since the introduction of compulsory car insurance  in Armenia, many steps have been taken to improve not only this  segment, but also the insurance market as a whole. So, since March  2016, a system of registration of insurance claims under the European  protocol with a threshold of damage up to 50 thousand drams was  introduced in the CMPTL market of Armenia, which was subsequently  increased to 100 thousand drams in September of the same year, and  another increase to 200 thousand drams from August 2020.

Since September 2016, the minimum and maximum thresholds for y-o-y  insurance policies of CMPTL have been established, with a  classification by engine power and types of vehicles. At the same  time, a classification scale of risk levels according to the  bonus-malus system was introduced. In 2017, the transition of CMPTL  processes to a single window system and a single platform for the  insurance market began under the "Armenian Single Window for  Automative - ASWA" project, within the framework of an agreement  concluded in 2014 with the French Bureau Veritas Inspection Valuation  Assessment and Control.

From that moment on, the gradually introduce was began: a system of  direct indemnities - in case of an insured event, the victim receives  an indemnity from his insurance company, which later returns its  amount by recourse from the insurance company where the car that  caused the damage is insured (April 2017); conclusion of insurance  policies for CMPTL through a single window platform (October 2017);  On-Line sale of policies with a 5% discount (November 2017); purchase  of policies through payment terminals with cash-in function (December  2017). In February 2020, another automation of the CMPTL process  followed - the registration of insurance claims under the European  protocol through the ASWA mobile application.  Thus, the CMTPL  processes have been transferred to a new level of standards and  automation - to a single window system and a single ASWA platform.