Analyst: Development strategy is good. But a strategy with ways to  implement it is even better 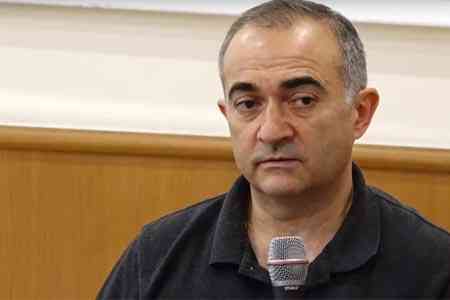 ArmInfo. The Prime Minister's proposed Development Strategy for Armenia until 2050 is undoubtedly a necessary conceptual document. At the same time, it is also of  course, in this concept it is necessary to designate, and designate  very clearly, the ways of this development. Head of the Center for  Human Development Tevan Poghosyan expressed a similar opinion to  ArmInfo.

"After the presentation of the strategy, real actions should follow.  We have already seen, on paper, many different concepts, strategies,  etc. And I would really not like another repetition of this scenario.  The government's proposals should become clear to society - people  should see clearly all development programs of the country, including  those already included in the state budget. To see directions,  programs, ways and schedules for their implementation, "he stressed.

To this end, Poghosyan considers it necessary to turn the strategy  into a subject of public discussion.  According to him, this document  is only a project that can become the foundation for creating a  national strategy taking into account the views of Artsakh and  Diaspora Armenians. Development strategy which will clearly list the  directions and ways in which the country will move from year to year  towards achieving the next goal.

On September 21, on Independence Day, Prime Minister Nikol Pashinyan  presented Armenia's development strategy until 2050. The document  lists the indicators of the country's development that must be  achieved by 2050: a population of 5 million, new 1.5 million jobs, a  20-fold increase in GDP, a 7-fold increase in wages and even life  expectancy of up to 90 years.