Summarizing the results of the campaign dedicated to Women`s Holidays 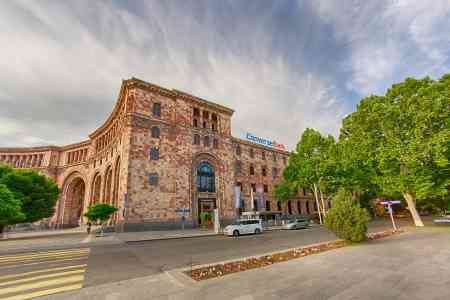 ArmInfo.Converse Bank has summarized the results of the campaign dedicated to Women's Holidays. The bank offered its female customers an opportunity to make non-cash purchases with Woman's Card payment cards from March 15 to April 7 and benefit from cashback, as well as the opportunity to use some banking products on preferential terms, and receive a Visa Pay Sticker or Visa mini-FOB (with its accessory).

“We would like to thank the Converse Bank Woman's cardholders for their interest in our offer and for the active participation they demonstrated during the campaign. As part of the campaign, the female community of Woman's Card holders was replenished with thousands of new cardholders, many of whom used cashback when making non-cash purchases which meet the criteria set for the campaign. In general, the amount of cashback exceeded AMD 5 million”, as reported by the Bank.

It was noted that since 2016, the amount of cashback within the framework of various campaigns to promote non-cash purchases amounted to AMD 130 million.

Converse Bank constantly develops its card products, organizes various promotion campaigns for clients and will come up with new exciting offers in the near future.