In 2020, expenditures of Armenian Foreign Ministry amounted to  approximately $ 35 million 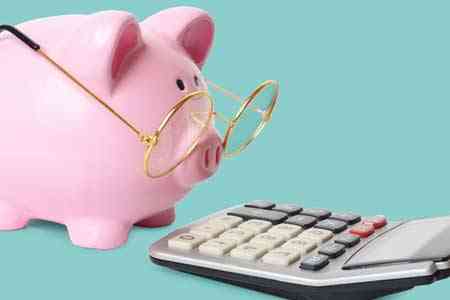 ArmInfo. In 2020, the budget of the Ministry of Foreign Affairs of Armenia was increased by 1.6 billion drams compared to the initial plan - up to 17.1 billion drams  (approximately $ 35.6 million - the estimated exchange rate of the  Armenian dram to the dollar is 476.4 drams). This was announced on  June 3 by RA acting Minister of Finance Atom Janjughazyan in the  parliament during the preliminary discussion of the annual report "On  the execution of the state budget of the Republic of Armenia for  2020".

In particular, initially in 2020, the Foreign Ministry planned to  allocate 15.5 billion drams from the state treasury for the  implementation of 6 programs and 18 events. However, as a result of  the adjustments, the budget was increased to 17.1 billion drams  (about $ 35.2 million), while actual expenditures amounted to 16.8  billion drams, or 98.5% of the revised program.

Armenia's expenditures on membership fees in international  organizations amounted to 3.324 billion drams against the required  3.396 billion drams of the revised program (this item of expenditures  concerns not only the RA MFA, but also the Ministry of Education and  Science of the Republic of Armenia, the National Assembly, the  Ministry of Finance and the Public TV Council).

To note, head of the finance and budget department of the MFA  Armine Galstyan presented the annual report on the execution of the budget of the Ministry of Foreign Affairs instead of the minister or  deputy minister. As Ruben Rubinyan from the "My Step" faction  explained, a letter was sent to the NA President from the Foreign  Ministry regarding their workload, and it was said that the head of  the financial department would present the report, which was accepted.