Ministry of Finance: Three quarters of Armenia`s public debt is in  foreign currency, which creates additional risks in connection with  the management of public debt 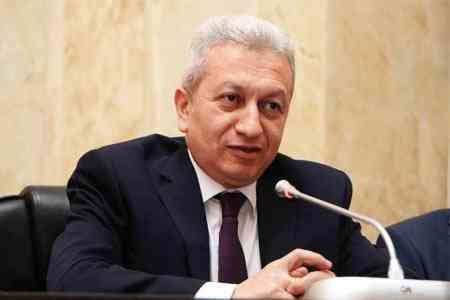 ArmInfo. The increase in the public debt is the price that not only Armenia, but the whole world paid, in order to mitigate the negative impact of the crisis in 2020 in some  way. This was announced on June 9 by  RA acting Minister of Finance  Atom Janjughazyan at the sitting of the Standing Committee of the  National Assembly of the Republic of Armenia on Budgetary and  Financial- Credit Issues.

At the same time, according to the chief financier, the whole  question is how solvent the state is, and the economy is liquid for  timely servicing the external debt. Acting Minister of Finance  reminded that three quarters of the state debt of Armenia  is in  foreign currency. "Debt obligations in foreign currency increase the  volatility of the cost of debt service,> said the acting minister.

To recall, the average y-o-y exchange rate of the US dollar against  the Armenian dram in the State Budget of Armenia for 2020 (approved  in December 2019) was set at 476.4 drams per US dollar.

By April 2021, the specific debt burden per capita reached $ 2.9  thousand (against $ 2.5 thousand a year earlier). Moreover, the per  capita debt burden from external debt increased from $ 1.9 thousand  to $ 2.3 thousand. The degree of coverage of external debt by gold  and foreign exchange reserves by April 1, 2021 remained at the level  of 45%, against the background of almost the same y-o-y growth of  both external debt and reserves - by 17.1% and 16.5% respectively.