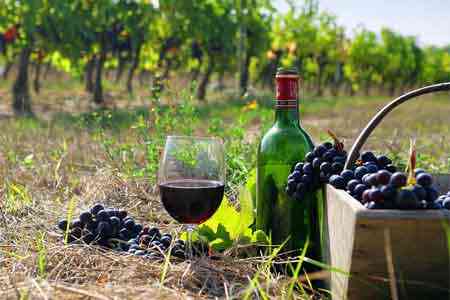 ArmInfo. Today we are improperly applying the "cradle of winemaking" brand to the Areni community. Minister of Economy of Armenia Vahan Kerobyan expressed  this opinion in an interview to Public Television.

In particular, he said that, in cooperation with a large Italian  university, work has already been completed on planning the concept  of a wine tasting center in Areni and the community itself, which  will be slightly modified and will receive a new town-planning look.

In this context, the minister said that at the moment there is  already an investment project on the table for $ 50 million, which  will be provided by the government of the country. "This will lead to  a lot of new private investment in the region. As a result, we will  get a powerful tourist destination, including on the world map,"  Kerobyan said.

To recall, the Areni community is considered the "wine capital" of  Armenia, which is located in the Vayots Dzor region, 120 kilometers  from Yerevan on the left bank of the Arpa river. This area is famous  for the unique Areni grape variety, which serves as the basis for the  production of local wines. This variety is originally Armenian.

It should be noted that it was here, in one of the caves, not far  from the village of Areni that the world's oldest winery "Areni-1"  with more than 6000 years of history was discovered.

According to the Statistical Committee of the Republic of Armenia, in  January-July 2021, more than 7 million liters wine were produced in  Armenia, which is 44.6% higher than a year ago.