Expert: It is reasonable to use stock exchanges for the formation of  market-based gas prices 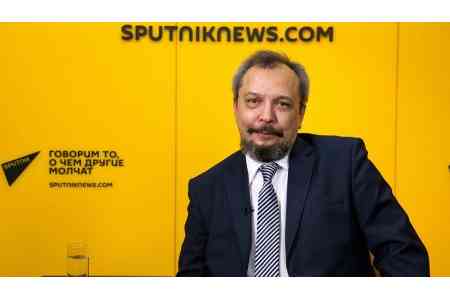 ArmInfo. For the formation of gas prices to be market-based, it is reasonable to use exchange platforms. A similar opinion was expressed on October 13 by energy  expert, editor of Geoenergetika.info magazine Boris Martsinkevich  during the video online bridge Moscow-Minsk-  Yerevan-Bishkek-Nursultan. In this regard, he recalled the intention  of the Eurasian Economic Commission (EEC) to organize similar 3 sites  in the Eurasian space (2 in Russia and 1 in Kazakhstan).

<Apparently, this will be the best option. Since there are customs restrictions  that arise due to different tax burdens.  According to him, it is no  coincidence that 2025 was chosen within the EAEU to create a single  gas market, apparently precisely in order to somehow harmonize the  tax issues of the participating countries, '' the expert said, noting  that it is necessary to develop a common policy, harmonize tax  questions.  In this regard, Martsinkevich pointed to the high tax  burden on Russia. "I would like the tax burden in Russia to be  slightly lower. We must take advantage of the benefits that are  available. Still, both Russia and Kazakhstan own resources for both  oil and gas, and not to use these advantages, in my opinion, is  rather strange, "said the power engineer.

The common gas market of the EAEU, he said, is estimated at 20  billion cubic meters per year. In this context, Martsinkevich noted  that it is beneficial for both Russia and Kazakhstan. And for  Armenia, Kyrgyzstan and Belarus, as consumer countries, in his  opinion, this is also beneficial, "because it is predictable." "Let's  hope that there will be trial trades, then another trial trades, and,  in the end, we will decide in what currency we work'',- he said.

Speaking about gas tariffs, Marcienkevich noted that it is  predictable for consumers that long-term fixed gas prices are still  preferable to market ones. "If you look at how the countries of  Southeast Asia work with LNG supplies, they are not shy about being  tied to the oil basket, and this is beneficial for producers. They  can predict in advance what the volume of consumption will be without  all these market fluctuations, "he said. At the same time, the expert  noted that in Europe there is an increase in gas prices at times,  respectively, the level of prices for electricity demonstrate  approximately the same tendency .<While long- term contracts allow  manufacturers to calculate their load. In order to supply such  volumes of gas, it is necessary to carefully work with the fields and  with the entire gas pipeline network. When this is known in advance,  stability arises, "he said.

To note, on October 6, the gas price at the Dutch TTF hub set a new  historical maximum, exceeding $ 1,900 per thousand cubic meters, but  after that began to decline. By the close of trading, the index fell  one and a half times, but then began to rise again. Experts and  analysts noted that the high volatility of prices in the European gas  market is associated, among other things, with the low occupancy of  gas storage facilities ahead of the coming winter. The cost of  November futures at the close of trading settled at $ 1013 per 1,000  cubic meters. m. According to experts, such a high volatility is  associated with the erroneous position of the European regulator,  which does not support the mechanism of long-term contracts, giving  the market to the "mercy" of exchange speculators.