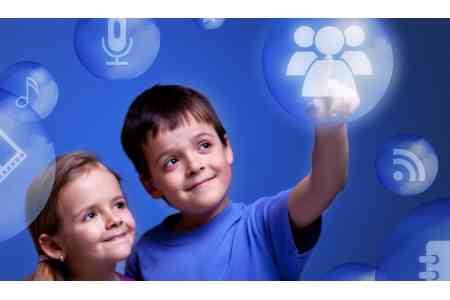 The Prime Minister praised the success of the above-mentioned IT  companies and hoped that their success will be exemplary for other  companies. Nikol Pashinyan noted that the Government's goal is to  increase the number of successful companies in our country. To this  end, the Government is ready to listen to the problems of the private  sector, suggestions and observations for the further development of  the sector, to contribute to the continuous progress of this field  within its toolkit.

In this context, the representatives of the companies referred to the  activities of their companies, the opportunities for the development  of startups in Armenia, the potential and capabilities of the IT  sector, the development of the science sector, and the steps taken by  the Government in that direction.

The Prime Minister and the representatives of the companies  highlighted the close public-private partnership and referred to the  opportunities for joint projects and programs.

Nikol Pashinyan stressed that the Government is interested in close  cooperation with this sphere and offered to continue discussions with  the relevant departments in that direction.

It should be noted that according to the data of the State Committee  of the Republic of Armenia, the revenue of the sector of information  and telecommunication technologies (ICT) in H12021 reached 159.9  billion drams (about $ 306.3 million), exceeding the figure of a year  ago by 2.8%. According to the source, the service sector dominates in  the specified total volume, which accounts for 86.2% or 142.2 billion  drams (y-o-y growth of 11.7%), of which the majority is represented  by information technologies - 75.2 billion drams (an increase of 18  .5% per annum), and the telecommunications segment accounts for -64.1  billion drams, which is 4.7% more than a year ago.  Revenue in the  field of ICT in the trade sector on a y-o-y terms decreased by 22.6%  to 16.5 billion drams.  The manufacturing segment traditionally  accounted for the smallest share - 1.2 billion drams alone (or 0.8%),  with a y-o-y growth of 51.4%.