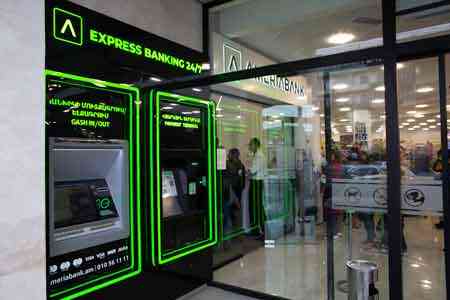 ArmInfo. On November 25, Amriabank will start the primary distribution of a regular tranche of USD registered, coupon and non-documentary bonds, with the issue  amounting to $8mln, according to the prospectus available on the  website of the /central Bank of Armenia (CBA).

The Ameriabank Board of Director made a decision on the tranche on  February 5, 2021, with the Directorate`s decision made on November 8,  2021.

According to the AMX, 22 bond issues by Ameriabank are currently  listed on the stock exchange - 13 USD, eight AMD and one Euro bond  issues. The total amount of USD bond issues is $110.21mln, AMD bond  issues, 34.5bln and one Euro bond issue, EUR 42mln. The retirement of  the USD tranches is scheduled for 2021-2023: one tranche on November  27; six tranches next February, June, July ,October and December; six  tranches in March, May, August, October and December 2023. The AMD  tranches will be retired in 2022-24: four tranches next February,  July and November; three in March, April and October 2023; one in  July 2024. the Euro tranche will be retired in 2025. in the case of  USD tranche, the coupon yield ranged between 4%-5.5%, the coupon  yield of AMD tranches ranged between 9%-9.75% and that of the Euro  tranche was 3.05%. One AMD tranche was retired this September, three  USD tranches this May and September, with another USD tranche to be  retired on November 27, 2021.

According to the ArmInfo Financial Ranking of Armenia`s Banks,  Amriabank ranks 2nd in terns of funds received attracted from the  placement of corporate bonds - AMD 11bln or $229mln, a 61%  year-on-year increase. Ameriabank`s share in the total amount  recorded by Armenia`s banking system is over 25%. The bank is rather  active in Armenia`s corporate bond market, as it started issuing its  securities in March 2016 and initiated the first issue in the  international market - in June 2016, through its investment  management company responsAbility Investments AG, the bank  successfully placed its debt securities to the amount of $20mln at  four investment funds in Luxemburg. Ameriabank has repeatedly been  named Best Account Operator-Custodian of Depository System in Foreign  Securities Market.