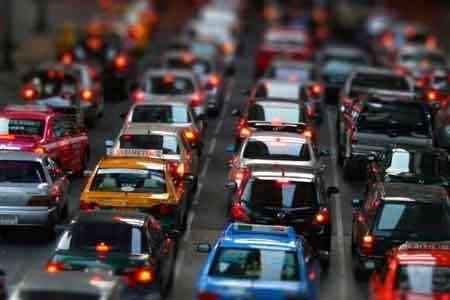 ArmInfo.Armenia will allocate 25 million euros for the modernization of urban transport. The loan agreement "Yerevan Bus Program" was signed on November 24 at the RA  Ministry of Finance between the Republic of Armenia and the European  Bank for Reconstruction and Development (EBRD).

According to the RA Ministry of Finance, the document was signed by  Finance Minister Tigran Khachatryan, Head of the EBRD Armenian Office  Dmitri Gvindadze, Yerevan Mayor Hayk Marutyan, Director of "Yerevan  Bus" CJSC Elbak Tarposhyan. Under the agreement, Armenia will receive  25 million euros for the purchase of city buses and the modernization  of the urban transport network, of which 5 million euros will be  provided by the Eastern Europe Energy Efficiency and Environment  Partnership (E5P) as a grant.

The event was also attended by Minister of Territorial Administration  and Infrastructure of the Republic of Armenia Gnel Sanosyan, Head of  the EU Delegation to Armenia Andrea Wiktorin, Ambassador  Extraordinary and Plenipotentiary of Sweden to Armenia Patrick  Svensson, as well as other representatives of international and  diplomatic delegations.

Earlier ArmInfo reported that Armenia will allocate 25 million euros  for the implementation of the first stage of modernization of public  transport in Yerevan. According to preliminary estimates, the  purchase of new buses serving public transport in the city of Yerevan  will require 120-150 million euros. At a government meeting on  October 28, Minister of Territorial Administration and  Infrastructures Gnel Sanosyan stated that earlier the consulting  company studied the transport network of the city of Yerevan, on the  basis of which a new route network of public transport in the  Armenian capital was developed. To service the new route network, it  is planned to introduce 845 buses of various sizes. At the first  stage, 100 buses with a length of 12 meters will be purchased; 25  million euros will be allocated for financing.