Opposition MP: The optimism underlying the draft state budget of  Armenia for 2022 is a purely political trick 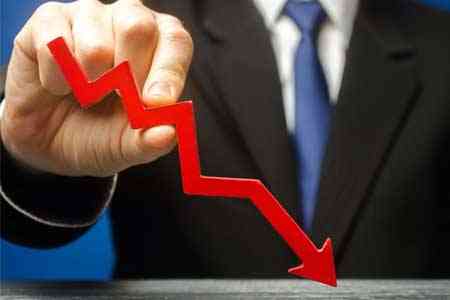 ArmInfo. In 2022, GDP growth in Armenia will be 4-4.5% at best.  This forecast was made by Artur Khachatryan, Candidate of Physical and Mathematical Sciences, former  Minister of Agriculture, now a MP of the RA parliament from the  "Hayastan" opposition faction, on December 6 in the National  Assembly, touching upon the main macroeconomic indicators laid down  in the draft state budget of the republic for 2022.

Thus, according to him, the government's judgments are controversial,  and the unfounded optimism underlying the document is of a purely  political nature, aimed at curbing the indignation of RA citizens  with the daily worsening socio-economic situation in the country.

Khachatryan recalled that both in the government's program of  activities for 2021-2026 and in the main financial document for 2022,  the financial authorities are aimed at ensuring at least 7% GDP  growth, and in a favorable external conditions- 9%. In particular, as  stated in the budget message, the projected economic growth is based  on measures initiated by the government aimed at increasing the  potential for economic growth, such as large-scale public investment  in infrastructure; in areas focused on the development of human  capital, in the improvement of the business environment; policies  aimed at stimulating technological progress, for the export-oriented  segment of the economy, which will stimulate not only the  implementation of domestic and foreign private, export volumes, but  also increase overall productivity. Moreover, the government claims  that "in 2021, the Armenian economy entered a phase of recovery" and  in 2021, economic growth is expected to reach 6.5%, instead of 3.2%  foreseen in the state budget. According to the government, economic  growth in 2021 will be mainly driven by the growth of the service  sector, and the acceleration of growth in 2022 will be provided by  industry and construction.   Meanwhile, according to the preliminary data of the RA Statistical  Committee, economic activity in Armenia in January-October 2021  increased by 4.3% (against a decline of 6.7% a year earlier), while  in the pre-COVID it had a growth of 7.1% ( in the same period 2019).

At the same time, the industrial product price index increased in  January-October 2021 compared to the same period in 2020 by 9.9%, in  October 2021 compared to October 2020 - by 10.8%.  The opposition MP  called on the Armenian government to have little hope of maintaining  international copper prices. "Copper prices have started to decline  at least on Friday evening," he said.  The former head of the  Ministry of Agriculture recalled that when speaking of economic  growth, they mean real growth, that is, nominal growth taking into  account the CPI, PPI, deflator and other financial units.  Meanwhile,  the draft budget for next year states that the GDP deflator will grow  by 4.6% (6.8% at the end of 2021), 12-month inflation - 5.2% (7.4% is  expected by the end of this year.), and average inflation will reach  5.6% in 2022 (7% is expected in 2021).  Taking into account the  abovementioned, the opposition faction does not believe in the  ability of the Republic of Armenia to ensure 6.5% GDP growth by the  end of this year. According to Khachatryan, the government itself  does not believe in such expectations, citing Finance Minister Tigran  Khachatryan, who on November 17 said in parliament that the forecast  for economic growth of 6.5% would most likely not come true. Pointing  out that the cumulative economic activity amounted to 4.4% in 9  months, the head of the Ministry of Finance said that the government  is revising its forecasts for GDP growth and already expects 6%  growth, instead of 6.5% set in the draft budget for next financial  year. " "In this regard, we consider it realistic to ensure GDP  growth at the level of 4-4.5% in 2022, and only in the conditions of  normal economic policy," Arthur Khachatryan concluded.