Economist: The ban on Turkish imports need to be supplemented by  import substitution 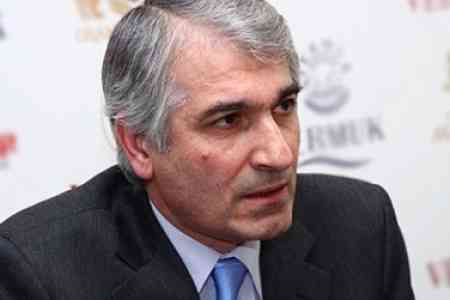 ArmInfo.The ban on Turkish imports to Armenia should not only be extended, but also supplementedby import substitution. Chairman of the Republican Union of Employers  of Armenia, economist Gagik Makaryan expressed a similaropinion to  ArmInfo.

The embargo on Turkish products came into effect on January 1, 2021.  On December 16, Minister of Economy Vahan Kerobyan said that,  according to preliminary data, imports of products from Turkey to  Armenia decreased by about 10 times in 2021. In 2020, $ 227.1 million  worth of Turkish goods were imported to Armenia, and in January -  August 2021, $ 21.5 million worth of goods. Import of raw materials  and goods for processing is still officially allowed: building  materials, knitted and cotton fabrics, natural leather.

"The fact is that from an economic point of view, the ban on the  import of Turkish goods to Armenia has practically not led to the  formation of favorable provisions for a local producer. And large  importers, mainly bringing raw materials from Turkey for the  production of goods in Armenia, were forced to spend additional funds  to search for markets alternative to Turkish. Small business has also  suffered, "he said.

Noting the significant moral effect of the imposition of an embargo  on goods under the brand made in Turkiye, since 40% of Armenian  consumers preferred clothes made in Armenia, the economist emphasized  the need to transfer this effect to the economy. According to his  forecasts, the latter will significantly develop the sector of  production of the same Armenian textile. In other words, while  maintaining the ban on imports from Turkey, local production should  be developed.

Makaryan noted that many business entities have successfully managed  to adapt to the new conditions on the market.  And as of today it is  necessary to ensure conditions favorable for organizing the  production of goods in Armenia on the principle of import  substitution. According to him, at the same time, next year's program  of the government envisages planning for the development of some  sectors of the economy. In this connection, preparatory work is  already underway at the Ministry of Economy.

"Nevertheless, we have to admit that after the imposition of the  embargo on Turkish imports, we have drawn small lessons and made some  conclusions. There is a desire and planning, it remains to implement  them as soon as possible. Reforms and development strategies do not  tolerate bureaucratic red tape, requiring accuracy, specificity and  quick implementation times. So far, we are far behind the rest of the  world in all this. The gap, which must be made up as soon as  possible," Makaryan summed up.