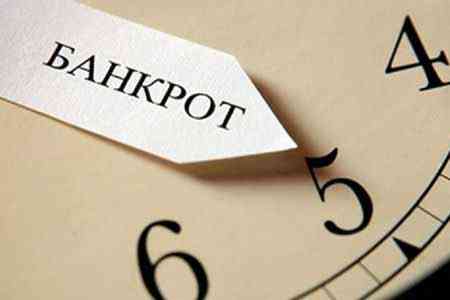 ArmInfo.The State Revenue Committee of Armenia revealed a criminal scheme of tax evasion by importers through bankruptcy. The state suffered damage in the amount  of about 150 million drams.

According to the press service of the SRC, the Committee regularly  received operational information that a number of citizens are  importing large consignments of wheat from the Russian Federation to  the Republic of Armenia through companies that actually belong to  them, but registered in the name of third parties, during which they  evade payment taxes on an especially large scale. The latter took  advantage of the provision of the Tax Code that taxpayers can pay VAT  on goods imported into Armenia from the EAEU until the 20th day of  the month following the month of crossing the state border of  Armenia. Thus, after importing the goods, without paying VAT at the  border, they led the company to bankruptcy before the due date for  payment. And since neither movable nor immovable property was  registered to the founders- directors of the companies, confiscation  in accordance with the law was not carried out, especially large tax  obligations to the state remained unfulfilled.

They sold the imported wheat to another company, which later resold  the goods to other enterprises at a price significantly lower than  the market price. As a result, unequal competitive conditions were  created on the grain market.

It turned out that in order to make a profit, 23 subsidiaries were  actually created, which were interconnected and imported wheat into  the country. As a result of joint operational-investigative measures  with the National Security Service, for about 5 months, factual data  were obtained that the organizer, not wanting to pay taxes, had  developed a criminal scheme for the import of wheat from Russia to  Armenia. That is, a person was paid 50% of the tax amount, he  registered companies in the name of insolvent and previously  convicted persons, and transferred the data to the organizer. The  latter imported the goods on behalf of these companies to Armenia  without paying any taxes, after which the goods were sold to the  company belonging to the organizer in a fictitious deal.