Bank will provide EUR 116.4mln to Armenia under the concessional  lending programmes in SMB and renewable energy sectors 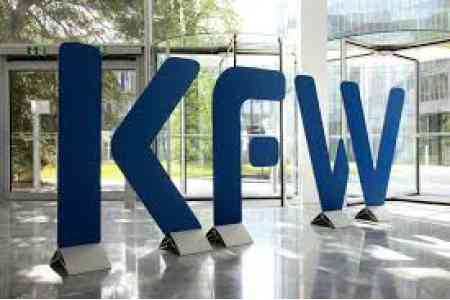 ArmInfo. The KfW Bank will provide EUR 116.4mln to Armenia under the concessional lending programmes in SMB and renewable energy sectors. The Standing Committee on Financial-Credit and Budgetary Affairs, RA Parliament, approved on  Monday the ratification of an Armenian-German intergovernmental  agreement on financial cooperation for 2020.

RA Deputy Minister of Economy Rafael Gevorgyan said that the funds  will be provided for specific purposes: EUR 40mln for 16 years will  be allocated for loans in the renewable energy sector, with EUR 70mln  to SMBs for 12 years. The loans will be provided at the LIBOR plus 60  basis points.

Mr Gevorgyan said that the funds will be distributed among the  programme beneficiaries by means of banks.

Earlier, ArmInfo reported that the German bank KfW will provide   Armenia a grant of 23.2 million euros for the implementation of a   program for the preservation of biodiversity and sustainable local  development. Grant funds were provided by the German Federal Ministry   for Economic Cooperation and Development. The volume of financial   assistance from Germany is unprecedented in the region and is one of   the largest globally.

In addition, KfW, with the co-financing of the Armenian government,   is assisting in the implementation of the program for the   construction of the Kaps Reservoir and a gravity irrigation system,   the total budget of which amounted to 60 million euros. At the first   stage, it is planned that the volume of the reservoir will be 25   million cubic meters, after which it will reach 60 million cubic   meters. Within the framework of the program, it is planned to build a   dam and auxiliary structures of the Kaps reservoir, re-equip the  hydrological observation networks of the Akhuryan River (from Lake   Arpi to the Akhuryan Reservoir), build additional stations and create   a centralized database (SCADA system). As a result of the successful  implementation of the program, it will be possible to replace the   mechanical irrigation system by gravity, covering 2280 hectares of   land. Thus, it will be possible to save 1.3 million kW / h of   electricity.

It is also planned to build a 400/500 kV power transmission line   Iran-Armenia-Georgia. For this purpose, it is planned to build 2   electric substations "Airum" and "Ddmashen". According to FICHTNER,   the preliminary cost of the Armenia-Georgia power transmission   construction program is 326.9 million euros, 10% of which should be   part of Georgia's contribution. For these purposes, three loan   agreements were signed in 2014-2015. In particular, the German bank   KfW allocated 168 million euros in the form of a loan, another 10   million euros will be provided by the European Investment Bank. It is   expected to receive another 10 million euros in the form of a grant   from the European Commission.