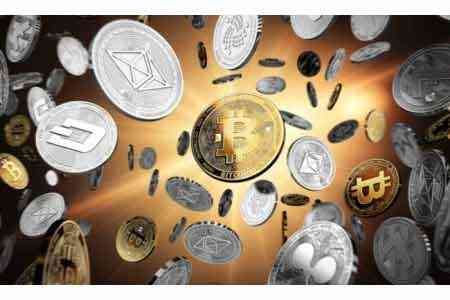 ArmInfo. In Armenia, the absorptive capacity of the economy has increased. Referring to the assessment of bank credit specialists, on May 3, during a press  conference, Head of the Central Bank of the Republic of Armenia  Martin Galstyan stated. He explained that Armenian banks, judging by  the easing of lending conditions in the fourth quarter, somewhat  increased their appetite for risk, and this, in turn, suggests an  acceleration in lending growth in subsequent quarters.

Galstyan noted that, according to the assessments of credit  specialists and the management of banks in Armenia, a situation has  arisen where, unlike in previous periods, it has become possible to  provide more risky loans, in other words, the absorption capacity of  the economy has increased. "Banks have liquid funds that can be used  for lending. Moreover, from the beginning of 2022 to this day, the  monthly growth of the loan portfolio has already been recorded by  almost 1% for both business loans and consumer loans, and for  agricultural loans - by 3.34% in January-March. The highest growth  was recorded in mortgage loans, as in the previous year," Galstyan  said.

Referring to the past year 2021, Galstyan stressed that, having  successfully overcome the negative impact of the shocks of 2020,  growth in lending to all areas was recorded in the banking system of  Armenia since the second half of 2021. In particular, according to  him, the financial cycle index, which reflects the dynamics of  financial market growth and lending activity, has entered a phase of  recovery growth since the second half of the year. This, as Galstyan  noted, was significantly affected by the development in the mortgage  lending market, the growth of which reached 36% by the end of the  year.

, he said.  Referring to the reduction  in business lending (by 5%), the head of the Central Bank stressed  that due to the economic situation, there was a weak demand for  credit products from customers. The decrease in the volume of the  corporate portfolio was also reflected in the tightening of  requirements on the part of banks.